ORANGE COUNTY, Fla. - Mara Martinez, from San German, Puerto Rico, recalls the moment that pushed her to make the decision to leave the Island.

“If I feel one more earthquake, I’m leaving, I can’t deal with this anymore,” said Mara Martinez, a Puerto Rican evacuee.

She said she was on the phone with a friend, expressing her anxiety, when another quake hit before she could even finish her sentence.

“It was a decision of safety for me and the girls because it wasn’t safe anymore,” Martinez said. 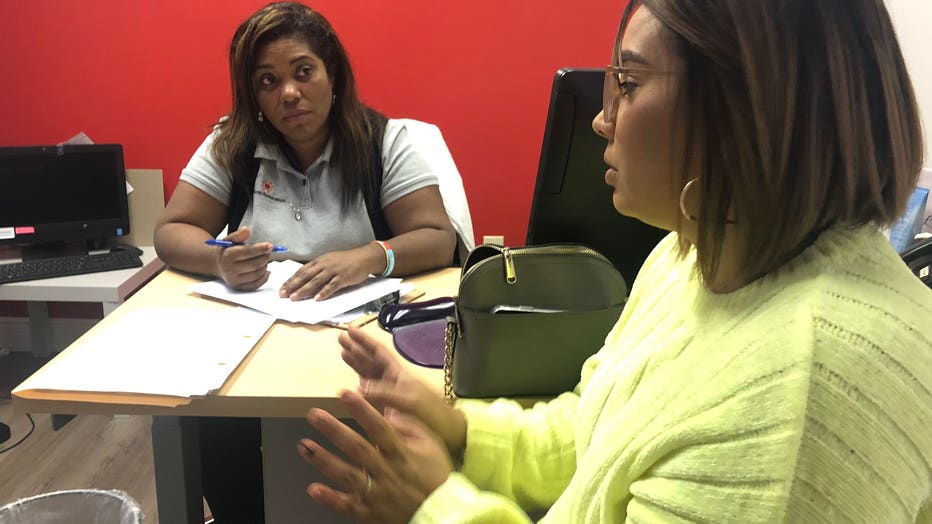 Puerto Rico has been hit by an endless round of earthquakes for a month now.

In the southern part of the Island, schools are closed indefinitely, people are sleeping on the streets, living out of fear their homes could collapse.

“I was worried that they weren’t going to be safe, that I couldn’t save them, that our house was going to come down on us,” Martinez said.

Martinez packed up her life and moved to Central Florida with her daughters and mother.

“They just want to have their families safe, but because they don’t know when it’s going to stop, it’s not like a hurricane that you know its 24 hours, you never know what’s going to happen,” said Laudi Campo, deputy president of the Hispanic Federation of Florida.

For many of the Puerto Rican evacuees, the Hispanic Federation in Orange County is one of their first stops.

Social workers help them get their feet planted, but one thing that’s in short supply is housing.

The Hispanic Federation reported more than 150 evacuee families are without housing in Central Florida.

“We’re talking about hundreds of families coming in from after the earthquakes in Puerto Rico,” said Rep. Darren Soto, U.S. House of Representatives, Florida District 9.

Evacuees are sharing homes with relatives and packing into hotel rooms.

Congressman Soto is calling on FEMA to provide assistance.

“We have stepped up to ask for help for Florida in emergency housing for a lot of these evacuees,” Rep. Soto said.

“They’re citizens of the United States and we must assure that this country serves everybody and I know we’re this kind of people. This country was made to help,” Campo said.

Martinez, who is staying at a home with two other families, is praying the federal government can help.

The Hispanic Federation expects the influx of evacuees to continue.

The organization is providing new arrivals with resources, including limited groceries, English classes and job connections.