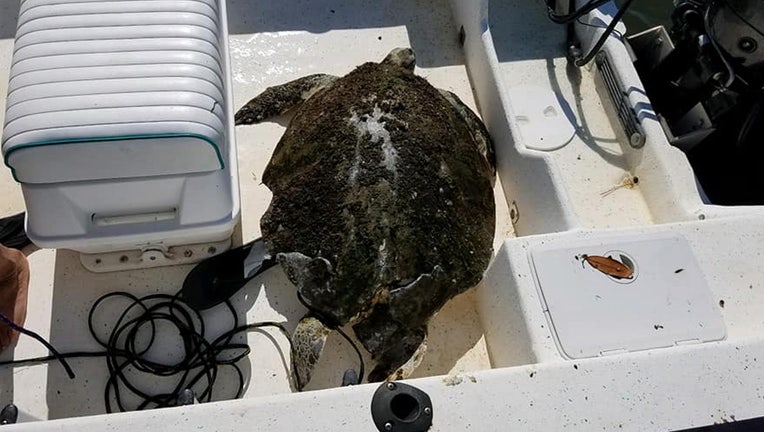 VERO BEACH, Fla. - A 144-pound green sea turtle with a gashed shell has been rescued off the Florida coast.

News outlets report the turtle since named Blaze is now being cared for at the Loggerhead Marinelife Center in Juno Beach. An Indian River County sheriff’s statement says deputies responded Sunday to a report of a sea turtle that had been hit by a boat near Barber Bridge.

Deputies and firefighters hefted the creature out of the water with a net and took it to a Vero Beach fire station. The turtle was then taken to a marine center.

Center spokeswoman Lauren Eissey says a boat strike appears to have left Blaze with nerve damage, but the center’s rehab team says there’s a strong chance it can be returned to the wild.