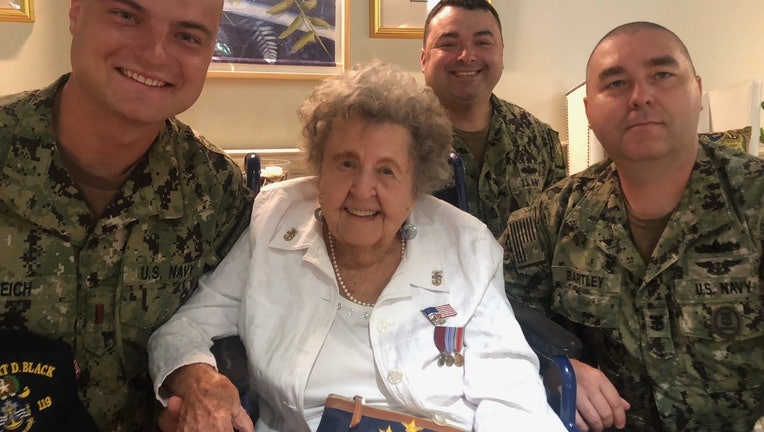 WINTER PARK, Fla. - Ima Black was able to fulfill a lifelong wish with the help of the United States Navy.  The 100-year-old World War II veteran, and resident at The Mayflower at Winter Park, was treated to a ride in a Navy helicopter.

Black only has to ask the U.S. Navy for something and her wish is granted.   She has a wonderful working relationship with the Navy because of her service and that of her late husband, Delbert D Black.

She joined the Women Accepted for Voluntary Emergency Services (WAVES) in the first year that this Navy branch was established. The female members were accorded a status comparable to that of male members of the reserve, unlike the Women's Army Corps (WAC) unit in the Army. Ima remained a member until the close of the war. 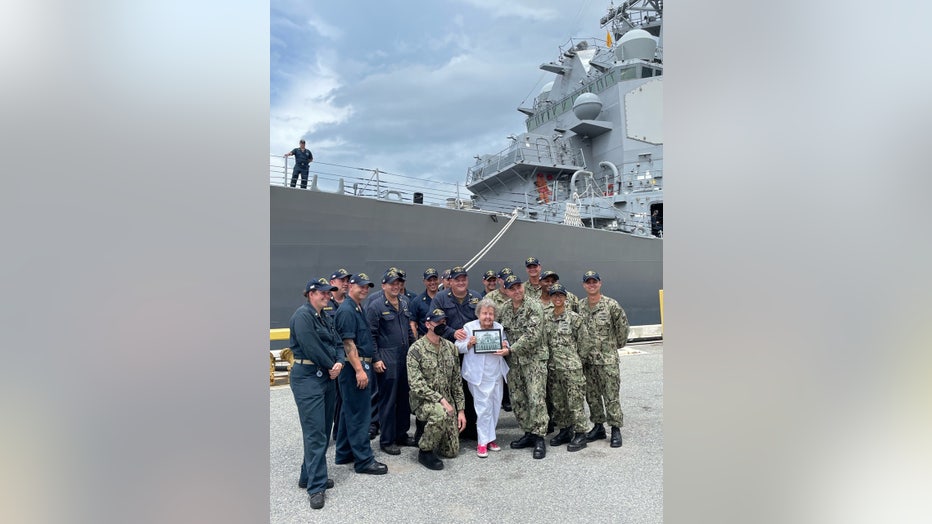 In 2015, the Navy honored Ima Black's husband by beginning the construction of the future guided-missile destroyer USS Delbert D Black. The ship was officially commissioned in 2020.

She met her future husband at a basketball game. She was in the WAVES at the time and Delbert was an enlisted man in the Navy – a Master Chief Gunner. Delbert went on to serve for 30 years rising to the rank of Master Chief Petty Officer of the Navy (MCPON). He served as a Senior Advisor to the Chief of Naval Operations and one of his main duties was to be an advocate and voice of all sailors and their families. 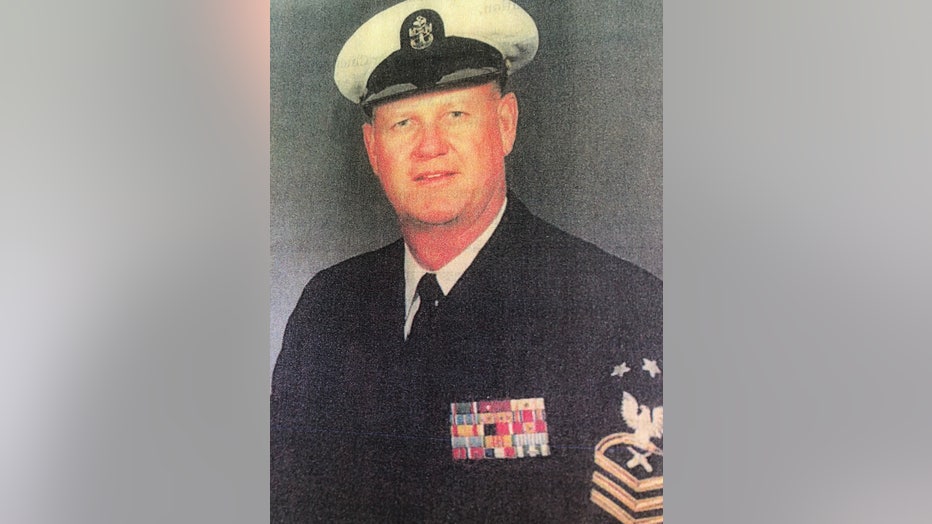 Delbert Black was a Master Chief Gunner who went on to serve for 30 years in the U.S. Navy, rising to the rank of Master Chief Petty Officer of the Navy (MCPON). He served as a Senior Advisor to the Chief of Naval Operations.

In 2015, the Navy honored Ima’s husband by beginning the construction of the future guided-missile destroyer USS Delbert D Black. The ship was officially commissioned in 2020 at a private ceremony at Port Canaveral where Ima spoke proudly of her husband’s career and service to the country.

The helicopter ride wasn't actually the first choice for Ima. When the Executive Officer of the USS Delbert D Black visited her recently on her 100th birthday and asked what the Navy could do for her, she asked if she could take a ride in a submarine. 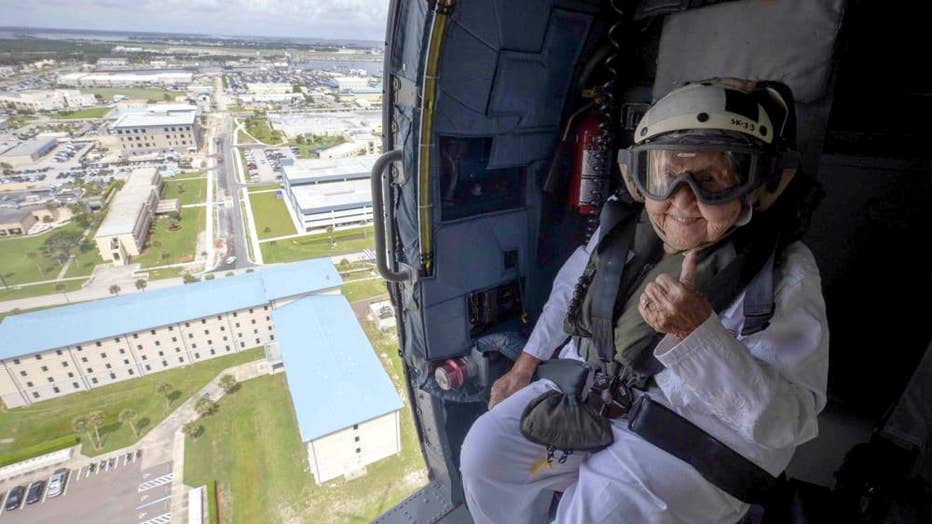 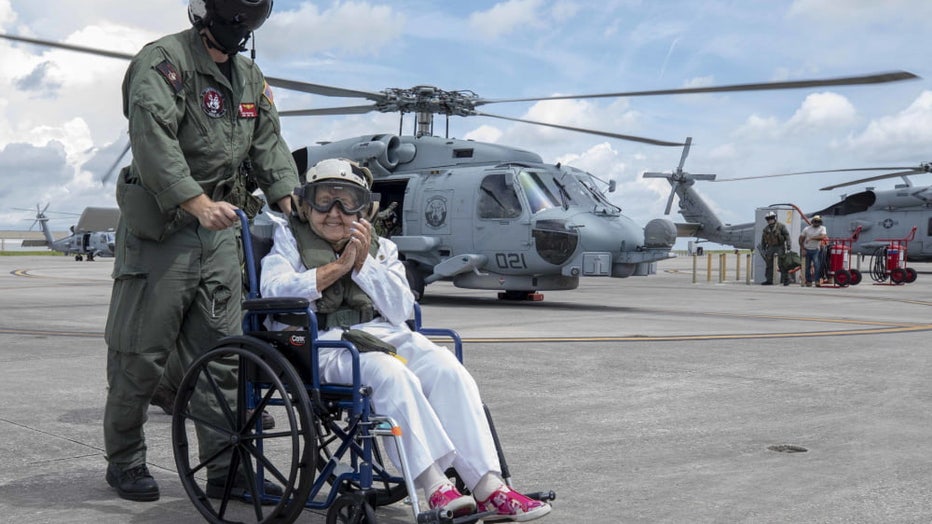 "No, we can’t take civilians on one of those," Commander Mark Gallagher said.

"Well, I’ve always wanted to fly with the Blue Angels," she continued. "We can’t take you up there either."

"I would love a ride in a Navy helicopter," she said. "That we can do!" an exuberant Cmdr. Gallagher replied.

On Wednesday, she took that ride from the Naval Air Station in Jacksonville. 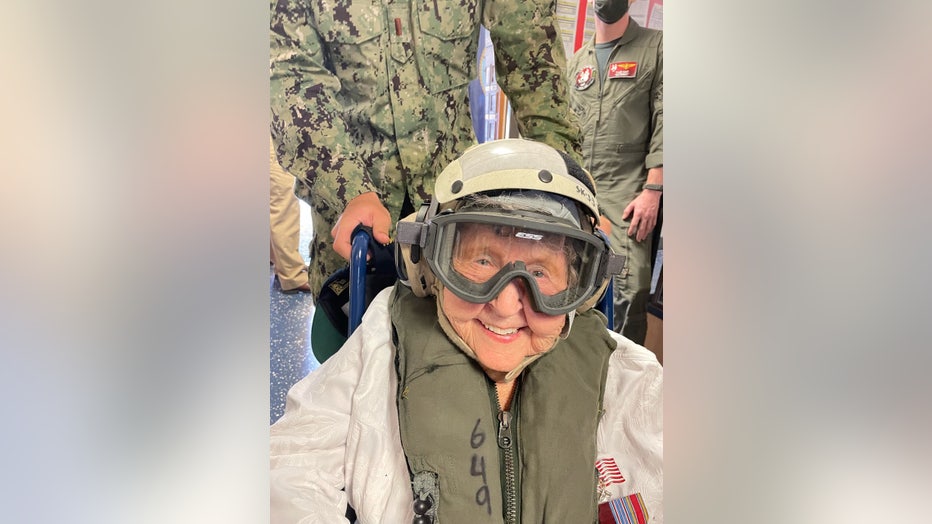 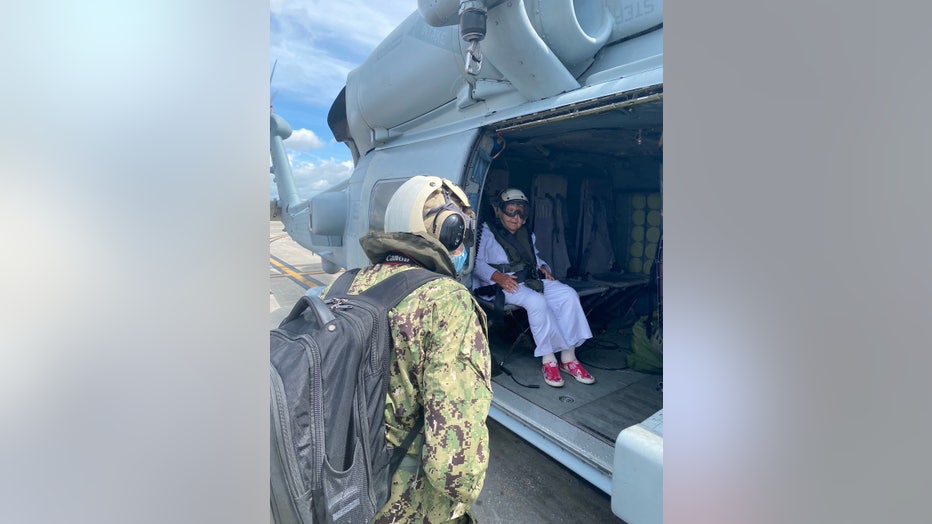 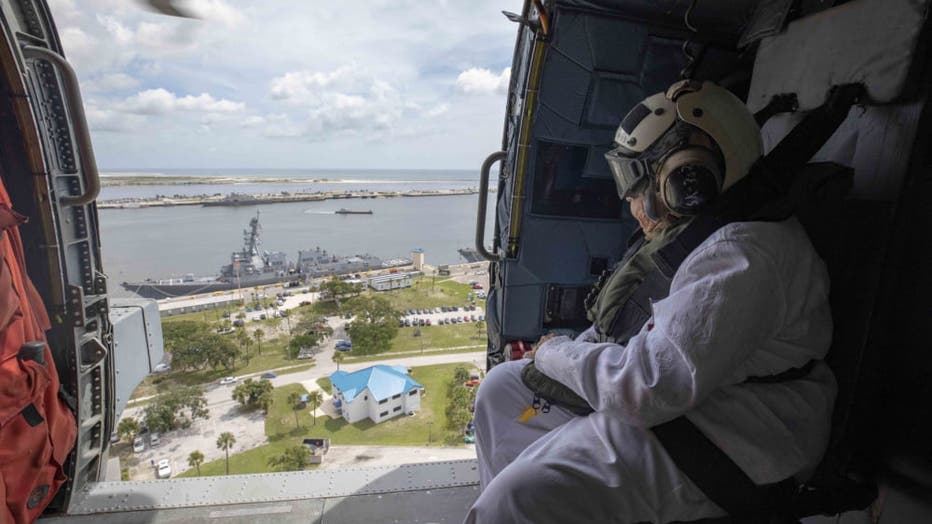