Youngest woman, 19, to fly alone around world had to combat extreme weather

Zara Rutherford set a world record as the youngest woman to fly solo around the globe. Rutherford tells FOX Weather’s Ian Oliver what weather challenges she overcame during the journey.

When you are the youngest woman to make a solo flight around the world, there’s only one thing you look forward to on your homecoming.

"I haven’t had it in five months, so I’m really excited," said Zara Rutherford, who is smashing the record books for her impressive flying feat.

The 19-year-old completed her 41-countries, five-continent, 155-day journey after landing her small airplane at Wevelgem International Airport on Jan. 20, 2022, in her hometown of Kortrijk, Belgium. The old record was held by American Shaesta Wai, who was 30 years old at the time.

In total, the now Guinness World Record holder traveled 28,000 nautical miles. She has been flying since she was 14 years old, and all that time behind the controls has paid off. But it wasn't an easy journey.

The record-breaking trip took about two months longer than she had planned. Bad weather and visa mishaps held up her mission.

Rutherford always had dreams of flying around the world. She was fortunate that both her parents were pilots. Her father is a former British Army pilot who was stationed in Belgium. 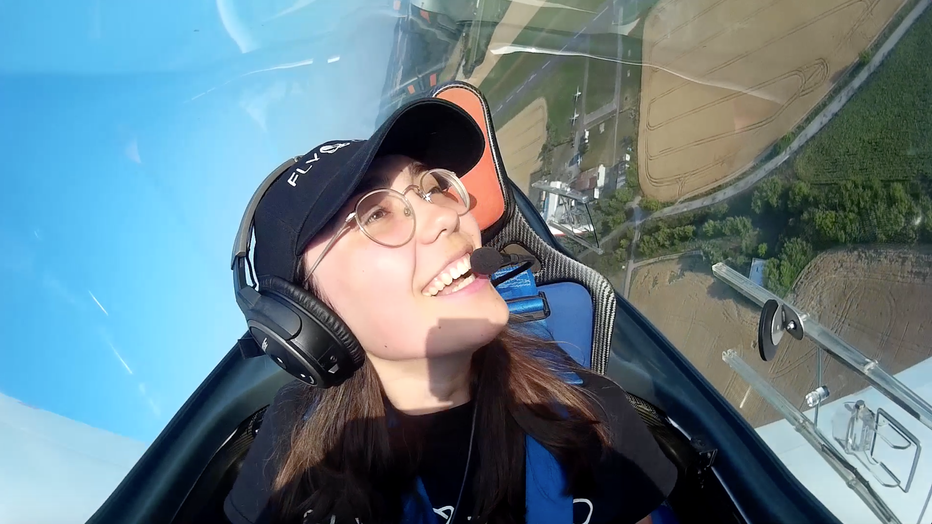 "I remember thinking how cool it would be to fly around the world, but I never really thought about it because I thought it’d be too expensive, too dangerous, too complicated," Rutherford said.

Years went by, but she never forgot about the dream. But after finishing school, she said now was the perfect time to do something crazy and fly around the world.

She began to plan her routes, got sponsorship, and headed off on her mission. She steered her ultralight Shark aircraft over the Atlantic Ocean to Greenland over Amerika, Siberia, Japan and then back to Europe.

Rutherford wrapped up in the winter, which made her journey all the more challenging. And then, not to mention all the things she ran into like wildfires.

"Wildfires in California were actually a really big deal, and I had to land in Redding because of it," Rutherford said. "Near the equator, my main challenge would be thunderstorms."

Storms would pop up all of the time, and Rutherford said it was tough to predict exactly where they would come from and how big they would get.

Another challenge was in the far, far north with the frigid temperatures.

"And again, challenging weather that these huge storms with crazy winds, very heavy snowfall. So it has to be really careful with that," Rutherford said.

Rutherford had some scary moments along the way, especially her flight over Siberia.

"It was beautiful but really intimidating because I would go for hundreds of miles without seeing anything human," Rutherford said.

And on top of that, it was minus 35 degrees Fahrenheit on the ground.

"If the engine stops for any reason, if I’m real unlucky, then I am stuck in the middle of nowhere, essentially, hours from rescue in extreme cold, and I don’t know how long I could have survived that," Rutherford said.

However, it was also one part of the beautiful parts of the world that she was taken aback by a few other parts of the map.

"Siberia will always stand out. Greenland, Alaska -- all the more random places were from Taiwan and Saudi Arabia, both of those were very unique and different compared to the other countries and very diverse, again, and just gorgeous, absolutely beautiful," Rutherford said.

Rutherford said she would probably never do something like this again, but hopes her success will inspire a new generation of women aviators.

Her next goal might be out of this world – literally.

"I don’t think I’ll fly around the world again. I think once was enough. But 100%, I would love to one day become an astronaut to see the world from slightly higher up.

So, Mom get that meatloaf pan ready. It’s all about a little home cooking that goes a long, long way.

Get updates on this story from foxweather.com.