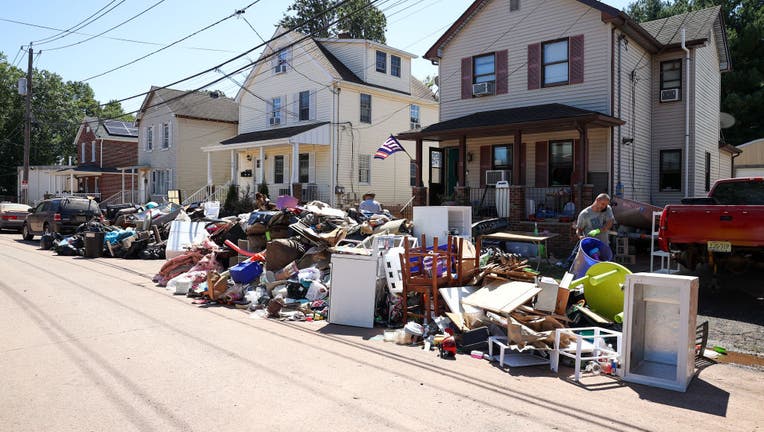 Residents left their belongings on the sidewalk after heavy rain and storm from remnants of Hurricane Ida in Manville, New Jersey, United States on September 7, 2021. (Photo by Tayfun Coskun/Anadolu Agency via Getty Images)

Nearly eight-dozen hurricane or tropical storm names have been retired from future use in the Atlantic Basin.

A committee of the World Meteorological Organization is responsible for creating each year’s tropical cyclone name list. The National Hurricane Center then assigns these names, in alphabetical order, to any system that becomes a tropical storm (39-plus-mph winds) or hurricane (74-plus-mph winds) in the Atlantic Basin, which includes the Atlantic Ocean, Caribbean Sea and Gulf of Mexico.

The name lists rotate every six years, so the 2022 list was last used in 2016. However, if any storms from the list are particularly destructive and/or deadly, the WMO can vote to retire their names from being used again in the future, such was the case with hurricanes Harvey (2017), Katrina (2005), Michael (2018) and Sandy (2012).
Including the 2021 hurricane season, 94 names of hurricanes or tropical storms in the Atlantic have been officially retired by the WMO since the practice began in 1954.

The most recent retiree is Hurricane Ida from 2021.

Ida made landfall in southeastern Louisiana as a Category 4 hurricane on Aug. 29 with maximum sustained winds of around 150 mph and a powerful 14-foot storm surge. But the storm's effects were also felt up the entire Eastern Seaboard, with tornadoes and flooding reported as north as New England.

Hurricane Ida was blamed for the deaths of more than 100 people, and its estimated damages topped $75 billion from the Caribbean to New England. The destruction was enough to propel the storm to the fifth-costliest hurricane in U.S. history, ranking just behind Katrina, Harvey, Maria and Sandy, respectively.
Following the record-shattering 2020 hurricane season, the WMO voted to retire three names from future use: Laura, Eta and Iota. 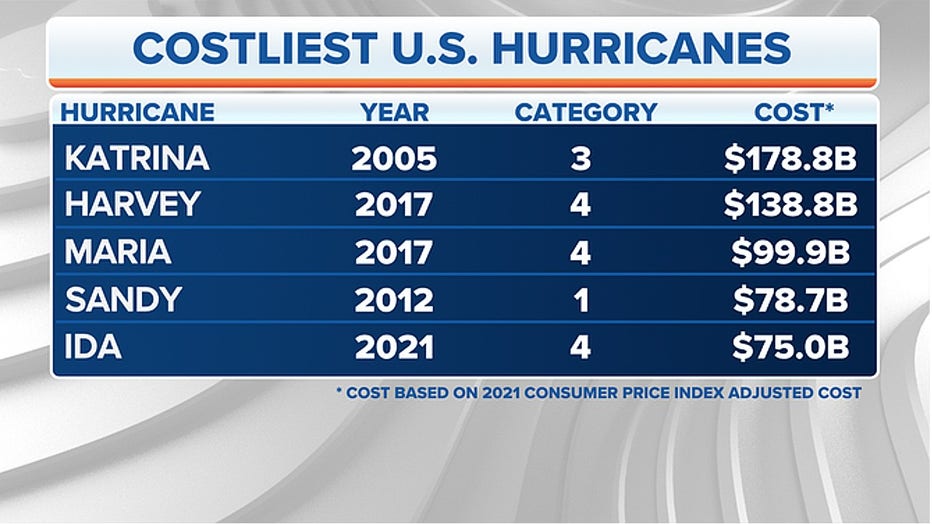 At Category 4 intensity on the Saffir-Simpson Hurricane Wind Scale, Laura was the strongest hurricane to make landfall in southwestern Louisiana since records began in 1851, according to the National Weather Service office in Lake Charles, Louisiana.

The 2005 season saw the most storm names retired of any year, with five: Dennis, Katrina, Rita, Stan and Wilma. In 2017, there were four names retired: Harvey, Irma, Maria and Nate.

Two retired names in the Atlantic were never even hurricanes. Since 1954, only 19 years did not have a retired hurricane or tropical storm; the most recent year was 2014.

A tropical cyclone doesn’t need to become a major hurricane (Category 3, 4 or 5) to be retired by the WMO. A notable number of storms have been retired because of deadly flooding in the Caribbean islands, Central America, Mexico or the United States. Nate in 2017 was the most recent example of this, as it was only a Category 1 hurricane, but its heavy rain caused significant impacts in Central America and resulted in 44 deaths.

Thirty deaths were directly blamed on Erika’s torrential rain and flooding on the island of Dominica.

Allison caused $9 billion in damage, mostly in the Houston area, after more than 40 inches of rain fell in parts of southeastern Texas. It was responsible for 41 deaths and was one of Houston’s worst floods on record until Harvey in 2017.