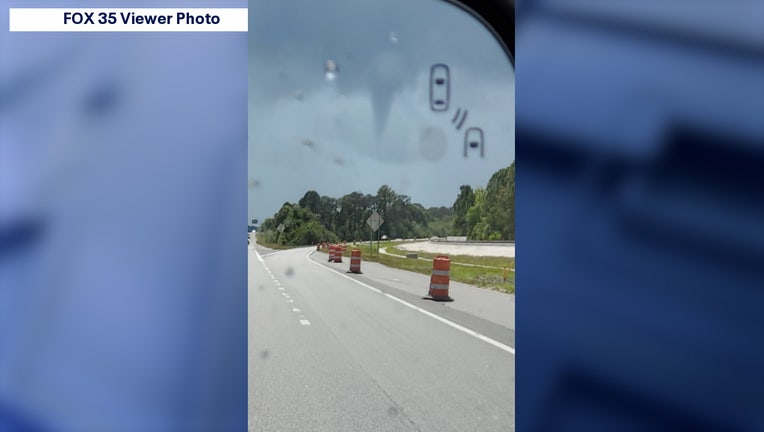 Barbara, a FOX 35 viewer, shared this photo with us of a waterspout she spotted as her husband drove west on Beachline Expressway.

Barbara, a FOX 35 viewer, saw the waterspout as her husband was driving west on the expressway, and snapped a photo of it in her rearview mirror.

Around 11:20 a.m., the NWS said it received a report from a trained spotter about the waterspout that crossed over the expressway between Merritt Island and Cocoa.

"The spout did lift before reaching the mainland, and likely persisted as a funnel cloud for a bit," the NWS said in a tweet.

FOX 35 Storm Team Meteorologist Brooks Garner says there was a small shower over the Indian River about that time which spawned the waterspout.