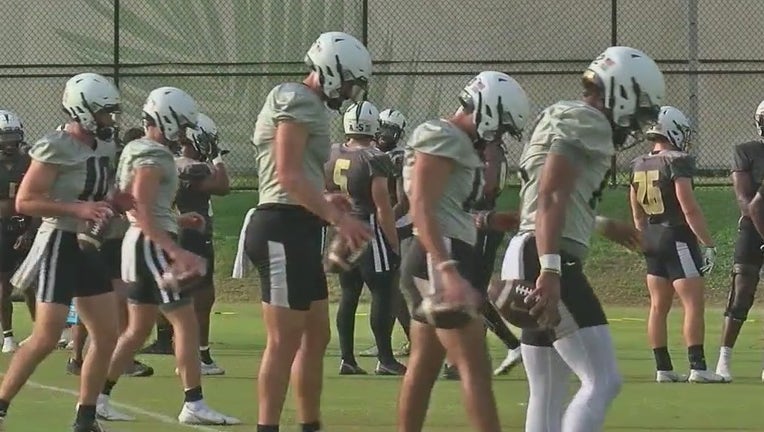 During AAC Media Day on Thursday, head coach Gus Malzahn said that both quarterbacks finished the spring season evenly matched.  Keene made big improvements in   his physical strength and speed. Plumlee, who hadn't played under center in over a year, made strides with throwing the ball.

Malzahn plans on having two early scrimmages during fall camp and hopes to name the starting quarterback by that time.

"I'm really excited going into this season with those two guys. Hopefully we can name a starter sooner rather than later," Malzahn told reporters on Thursday.

The Knights report to camp on Sunday, and their first practice is Monday, August 1.