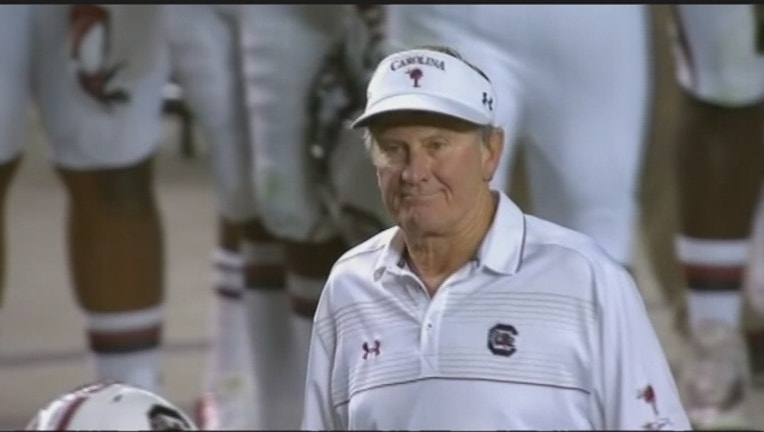 Steve Spurrier, who already has a statue outside Florida's football stadium and recently had the field named after him, will now serve as ambassador and consultant for the school's athletic department.

Spurrier resigned from a similar position at South Carolina on Friday before the Gators announced his new role at his alma mater. He already has an office in "The Swamp" and is planning to move back to Gainesville with his wife, Jerri, and split their time between the college town and nearby Crescent Beach, where they have a home.

"I knew my coaching career someday was going to be over," Spurrier said during a conference call with reporters. "I wanted to do something. I did not want to be a retired dude and do nothing. I wanted to be associated with my alma mater, the University of Florida."

Spurrier stepped down as South Carolina's football coach last season, but stopped short of saying he was retiring. He talked about possibly doing some consulting and maybe coaching at the high school level.

He started talking to Florida athletic director Jeremy Foley about returning to Gainesville several months ago, and discussions "got pretty serious" in the last few weeks.

His exact role is undefined, but Spurrier expects to work primarily as a fundraiser for the athletic department and help promote the Gators — something he's done as well as anyone for the last 50 years. He might even give Florida coach Jim McElwain and offensive coordinator Doug Nussmeier a little advice.

"I'll be in and out mostly," Spurrier said. "Coach Mac has welcomed me to come to the football offices a little bit. But I can assure you I'll stay out of coach's way. I'm not going to be in coaches meetings or things like that, just talking a little ball with Coach Mac, Coach Nuss and might be something we'll get into."

McElwain welcomed the return of the guy widely known as the Head Ball Coach.

"I look forward to visiting with him on a lot of occasions and picking his brain on a number of issues," McElwain said. "It's a credit to Jeremy to get him back home where he belongs. More than anything, I look forward to actually talking to him and being around him rather than just saying hello to his statue on my way to work every day."

Spurrier was Florida's first Heisman Trophy winner (1966) and the coach who led the Gators to their first national championship (1996). He already has a Heisman statue outside the stadium and is a member of the program's exclusive ring of honor.

Spurrier also nicknamed the stadium "The Swamp." The Gators went 122-27-1 in 12 seasons under Spurrier, including 68-5 at home, and won six Southeastern Conference titles.

Last month, the Gators renamed their football field after Spurrier, calling it Steve Spurrier-Florida Field at Ben Hill Griffin Stadium. Florida will honor Spurrier at the 2016 season opener against Massachusetts during a ceremony that will include the unveiling of his name on the stadium.

Now, he'll likely be at every home game.

"It's a great day for the Gator Nation to be able to welcome Coach Spurrier back home," Foley said. "He has served as a tremendous ambassador to the university and the athletic department for 50-plus years, and it's only fitting that at this point in his career he is back in Gainesville. Being a Gator has always meant so much to Coach Spurrier, but it means just as much to us have him come home."