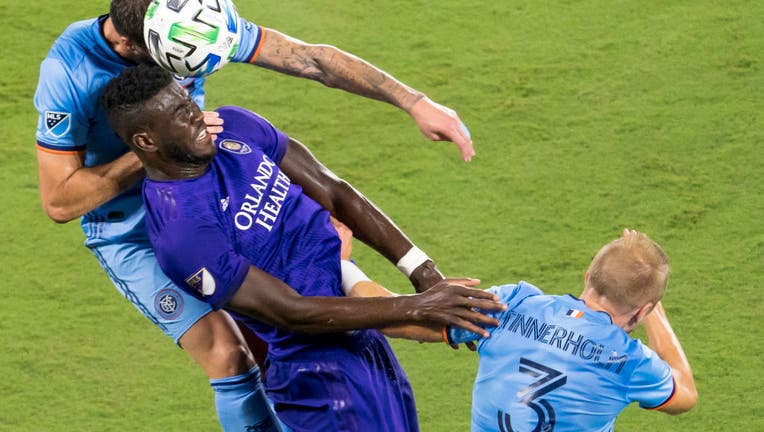 Ruan Gregorio Teixeira started left then darted back to his right to evade a defender and lofted an entry from the end line to the top of the six-yard box where Mueller put away a header to make it 1-0 in the 18th minute for Orlando (8-2-7).

Rowe, making his second start of the season in place of Pedro Gallese (international duty), has 10 saves and one goal allowed this season. The 31-year-old Rowe started every game last season and finished with seven shutouts.

Keaton Parks put away his own rebound, after Rowe made a sliding stop at the top of the six-yard box. He scored into an empty net for New York City (8-7-3).

NYCFC has just two losses in its last 12 games.