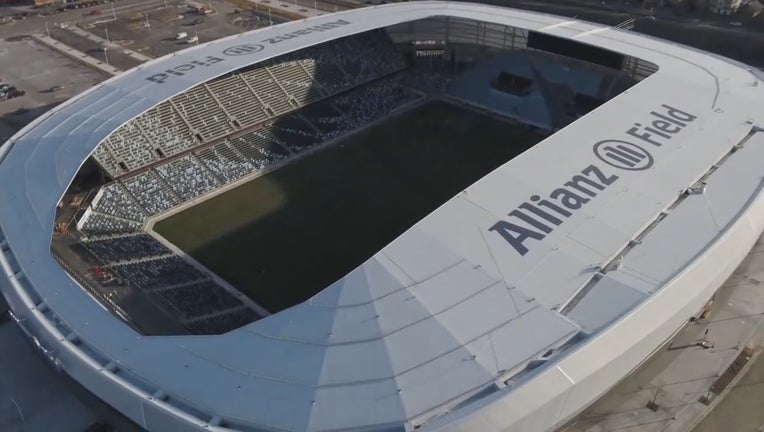 MINNEAPOLIS - Soccer fans are going to have to wait a little longer to see Minnesota United in its second season at Allianz Field.

Officials with Major League Soccer announced Friday morning they’re suspending the regular season until at least June 8 due to the Coronavirus pandemic. The Loons were off to a 2-0 start and about to begin a four-game home stand with the New York Red Bulls when the MLS, and every other major sport in the world, shut down due to the Covid-19 crisis.

MLS officials said in a statement they’re exploring all options to have a 2020 season, which includes pushing the MLS Cup into December if needed. The league is also in discussions with players about pay due to the financial impact that Covid-19 has had on the league and its clubs.

The Loons, in their inaugural season at Allianz Field, finished in the top half of the Western Conference and earned a home playoff game. The 2020 home opener, which was anticipated to be a sellout, is on hold for now as we await word for when sports can resume. There’s a possibility that MLS would consider re-starting its season in June with matches in empty stadiums.

The Loons had just one regular season loss at Allianz Field last season.

On Thursday, the PGA Tour announced a tentative start date in June, but fans will not be allowed at tournaments for the first month.