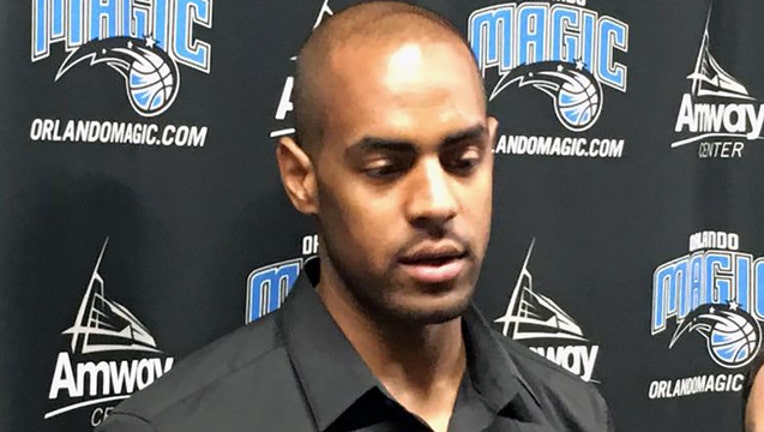 ORLANDO, Fla. (AP) - Marreese Speights is finally returning home - or close to it.

The Orlando Magic announced Thursday that the 6-foot-10 veteran center from St. Petersburg has signed a contract. Speights couldn't be more thrilled to between his hometown and Gainesville where he won a national title with Florida in 2007.

"It's an unreal feeling," he said. "If I try to explain it it would be an understatement. I just feel blessed to be here. I never thought I'd be playing for my home team."

In addition to Speights, the Magic also announced the signing of veteran guard Arron Afflalo and free-agent center Khem Birch.

With Speights, the Magic get a proven post player who has been one of the best bench players in the NBA the last few years. He spent last season with the Los Angeles Clippers after winning a championship as a key reserve during his stint with the Golden State Warriors.

Speights, who is entering his 10th season, will likely serve as the backup to Nikola Vucevic but the Magic also have shot-blocker Bismack Biymobo, which could make for a logjam in the post in an era where NBA teams favor small ball.

Speights, however, gives the Magic a chance to space the floor even more because of his 3-point shooting ability. He made 103 3-pointers for the Clippers last season, converting 37 percent from beyond the arch while averaging 8.7 points and 4.5 rebounds.

"Only thing I can really control is coming in and work every day," Speights said. "If I don't play it's okay. I'm not really chasing nothing coming here, I've already won a championship."