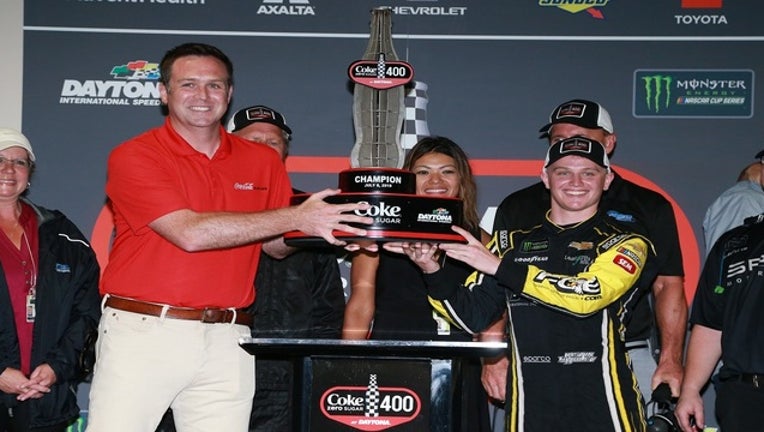 Haley took the lead under caution -- Kurt Busch surrendered the top spot when he pitted for new tires -- and was declared the winner after heavy rain followed two lightning delays. There were 33 laps remaining when the 160-lap race was halted.

Haley was 27th when leader Austin Dillon triggered a 17-car crash that took out nearly half the field and most of the top contenders. He passed a number of wrecked cars and then several more that made pit stops.

The 20-year-old Haley won't lock in a spot in the playoffs, though. He's a full-time driver in the second-tier Xfinity Series and was making his third Cup Series start -- all for newcomer Spire Motorsports. The team's No. 77 Chevrolet could secure a postseason bid, but only if it ends up in the top 30 in points.

Nonetheless, it was a fitting end for the final July race at NASCAR's most famous track.

The event, which was postponed a day because of rain, has been plagued by inclement weather and filled with unpredictable winners in recent years. It's moving to late August in 2020 -- the regular-season finale -- as part of NASCAR's significant schedule shake-up.

Ryan Newman was fifth in a Ford.