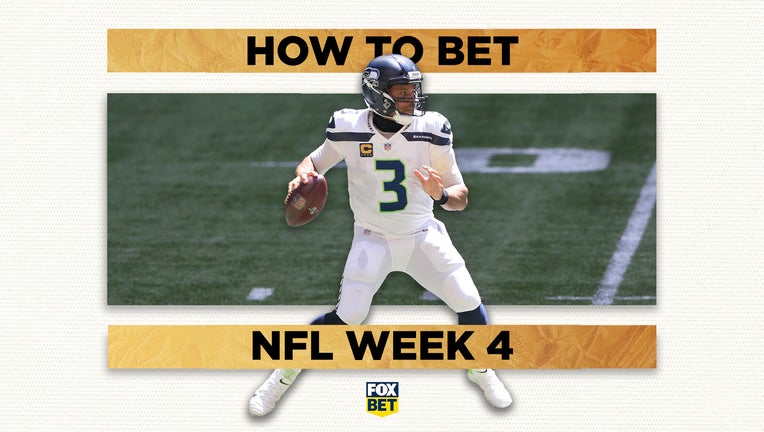 Jason McIntyre - Week 4 in the NFL has the feeling of walking across your dark living room in the middle of the night.

You’ve walked the room before – today, in fact! – so you don’t need to turn on the light to go get a glass of water. You deftly make it across, only to stumble on multiple kids toys disguised as landmines, and end up muttering curse words under your breath.

After three weeks, I think I have a good read on who stinks and who’s really good. But do I?

I think the Bears are a good team after their 3-0 start against the spread, but they needed a miraculous comeback to beat the injury-ravaged Lions in the opener, topped the Giants after New York lost its most dynamic player to injury, then in Week 3 benched their QB and had Nick Foles bail them out to beat the Falcons.

Come to think of it, Chicago’s opponents have combined for one win. Are the Bears any good?

I think yards per play is an important stat in my handicapping, but what does it mean that three undefeated teams – Tennessee, Seattle, Green Bay – are three of the four worst teams in the entire NFL in yards per play allowed? Maybe it’s a good week to fade the two of them that play (with the Titans-Steelers game postponed)?

There's certainly some uncertainty, but there's also value on the board. Here’s how I’m handicapping Week 4 (with all odds via FOX Bet).

TOO TASTY TO PASS UP

Miami Dolphins (+6) vs Seattle Seahawks: Temperatures at Hard Rock Stadium are going to be in the high 80s, and rain is expected. There isn’t a longer NFL flight than Seattle to Miami. The Dolphins are coming off extra rest after a Thursday night win over Jacksonville.

Casual fans are going to be all over Seattle and MVP-leader Russell Wilson, who has 14 TD passes in the first three weeks, an NFL record.

Problem is, Seattle’s injury list this week is longer than my CVS receipt, including defensive starters Quinton Dunbar (CB), Jamal Adams (S), and Jordyn Brooks (LB). That’s from a defense that has given up 1,292 passing yards in three weeks.

Harvard’s Ryan Fitzpatrick got me in the backdoor for the Dolphins against Buffalo in Week 2, and he’s more than capable here. Before you run to bet Seattle, know this: Over the last two seasons – sample size alert! – teams that are 3-0 ATS have gone 1-6-1 in Week 4.

BUCS DEFENSE IS THE STORY, NOT BRADY

But for the first time this season, Herbert will be playing in front of fans, as Tampa is letting around 10,000 into the stadium. And the Bucs are tied for third in the NFL with 12 sacks and will have by far the most aggressive pass rush Herbert has seen.

Tampa boasts the NFL's highest-graded slot cornerback according to PFF (Sean Murphy-Bunting), who figures to shadow Herbert’s No. 1 target, Keenan Allen, while Tampa’s run defense is rated fifth by DVOA.

There’s some concern with Tampa’s Chris Godwin missing the game (hamstring), but the Chargers lost their top corner (Chris Harris) as well. Outside of the always-close rivalry game with the Chiefs, the Chargers have looked pedestrian against the Bengals and Panthers.

Arizona Cardinals (-3) at Carolina Panthers: This was my favorite play of the week until the DeAndre Hopkins ankle injury.

Big money has come in on the Panthers to drive this down from four. It’s unclear if somebody knows the severity of the injury, but Hopkins has only missed two games in his career, and currently leads the NFL in receptions and yards.

As Carolina coach Matt Rhule noted, the Panthers were able to slow LA’s Herbert last week because they were intimately familiar with his game after scouting him for the draft. They don’t have months to scout Kyler Murray, who is in a buy-low spot after his second career 3-interception game.

The Panthers offense misses Christian McCaffrey – especially in the red zone. They were 1-for-6 there against LA, and are 30th in the league in red zone efficiency. They’re 31st in third down defense and 28th stopping the run.

If Hopkins is playing, Cardinals -3.

IF YOU HAVE THE STOMACH FOR IT

Baltimore Ravens (-14) at Washington Football Team: You know the Bart Simpson moment when he has to write something on the chalkboard over and over as punishment? I’ve had to do that a few times: Don’t bet double-digit favorites. 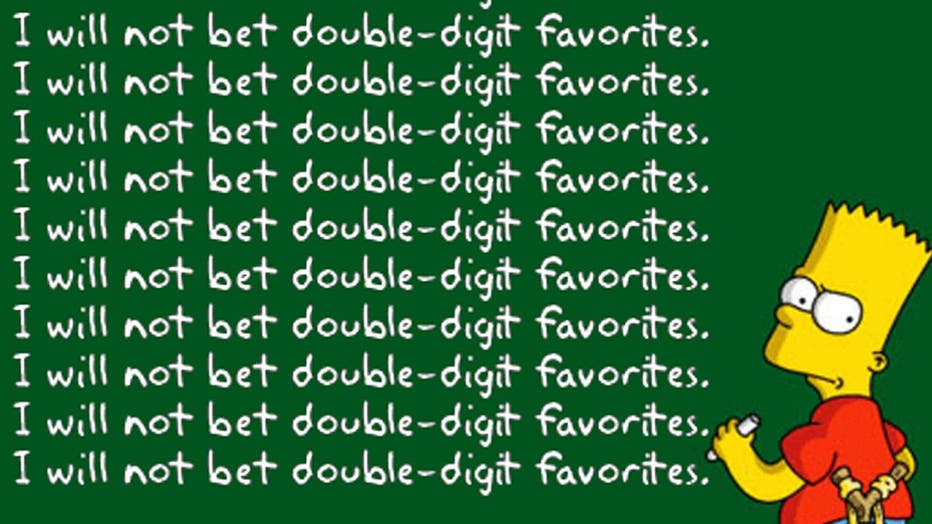 This is a “road” game in name only – the cities are maybe 45 minute apart. It reeks of a smash mouth 300+ yard rushing game from the Ravens. Washington ranks 25th in DVOA against the run and lost two starters on the defensive line this week, including first round pick Chase Young. The Ravens just got depantsed by the Chiefs on national television and will be looking to get right.

But as we see the gap between the haves and have-nots widening, this trend does come courtesy of FOX Sports research: Double digit road underdogs are 16-2 ATS the last four years. Keep that in your back pocket as the season goes on.

New England Patriots (+7) at Kansas City Chiefs: Going against Russell Wilson and Patrick Mahomes in the same weekend? Long term, that will not be profitable, but the stars are aligned in Week 4.

It’s a small sample size, but Bill Belichick is not used to being an underdog of a touchdown or more. As you’d expect, he’s awesome in that spot – 9-2 ATS.

The Patriots pass defense certainly isn’t what it was last year (first in the league by DVOA in 2019; currently 10th), but it’ll be interesting to see if Belichick abandons his traditional man defense and opts to go zone, which has flustered Mahomes a bit.

One thing he certainly won’t do is relentlessly blitz the best QB in the NFL like the Ravens did on Monday night. Last year at home, the Patriots fell behind 23-7 and lost as 3-point favorites to the Chiefs.