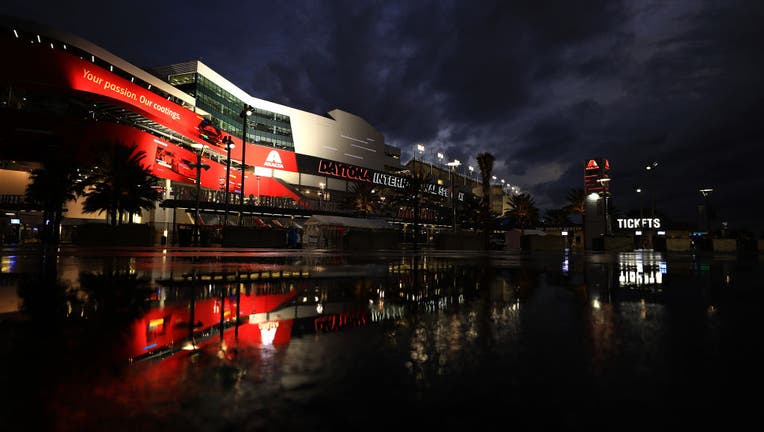 DAYTONA BEACH, Fla. - Despite the Daytona 500 taking place in the middle of Florida’s dry season, around two-fifths of all the races that are in the books have been impacted by Mother Nature’s relentless rainfall.

Enthusiasts need to look back no further than last year when the 63rd annual NASCAR race was delayed by nearly six hours due to lightning and heavy rain.

Each year, east-central Florida sees around 51.5" inches of rainfall, with most of that occurring during the rainy season, which usually kicks off in May and runs through October.

There are exceptions in which the wet season kicks off in June and, in rare occasions, even in July.

Meteorologists say in the years that have delayed rainy seasons, wildfires can even be more common than finding rain on the radar.

But why are around 40 percent of the races impacted by rain when they take place during the heart of the dry season?

"Fronts continue to push through the area during the traditional ‘meteorological winter’ months of December, January and February," National Weather Service Meteorologist Randy Lascody stated in a detailed study of central Florida’s weather. "The greatest coverage of rainfall during the winter months often occurs when one of these fronts moves back northward as a warm front. Some winters have more frequent frontal passages, which can result in much above normal rainfall."

Meteorologists say these fronts typically impact the Sunshine State more during El Nino cycles when the jet stream helps to amplify moisture in the Southern U.S.

The combination of the frontal boundaries, nor’easters and other weather systems on average usually produce around 16.53" of rain during what’s deemed the dry season.

This rainfall during the usual dry months helps propel Daytona Beach ahead of many other cities' yearly accumulations.

On an average year's comparison, east-central Florida ranks well ahead on the rainfall gauge than cities such St. Louis, Missouri, Dallas and even the so-called rainy city of Seattle. 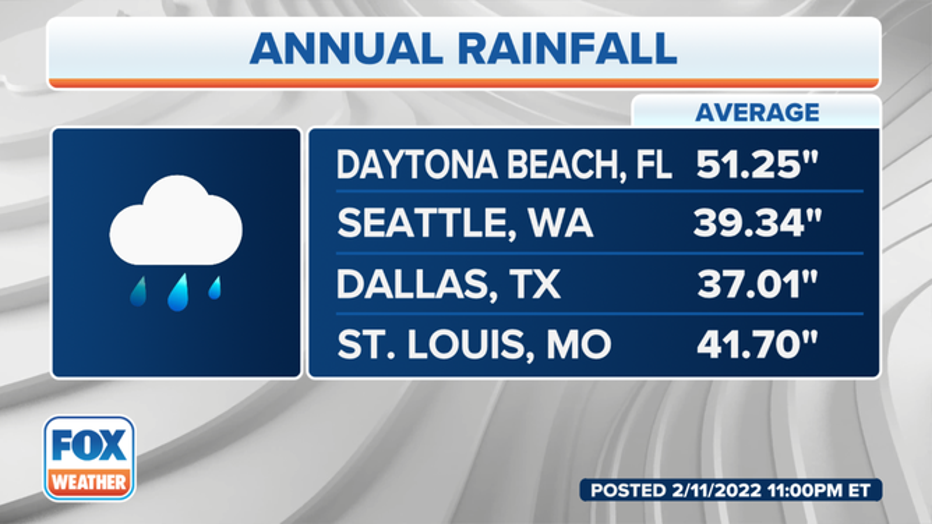 Despite the potential for rains, the odds are always in NASCAR’s favor that adverse weather will steer clear of the 2.5-mile speedway.

Forecasts show the weather will remain mostly sunny, with highs in the mid-70s.

Get more information from FOXWeather.com