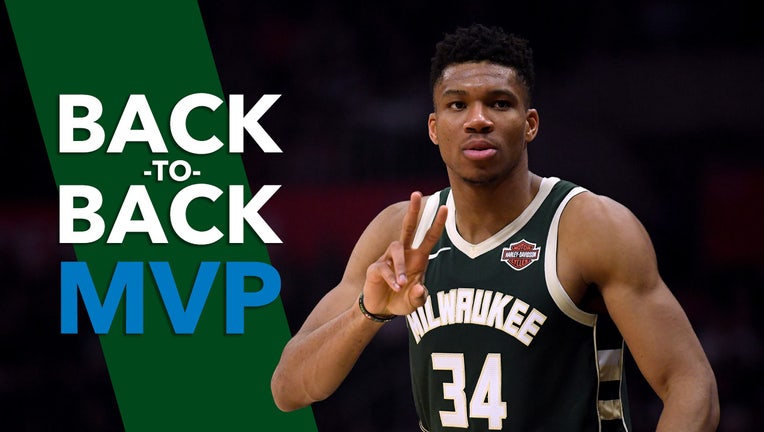 Giannis Antetokoumnpo wins his second consecutive NBA MVP award. He's also the winner of the 2020 Defensive Player of the Year.

The 25-year-old Antetokounmpo becomes just the third player in league history to win MVP and Defensive Player of the Year in the same season, joining only Hall of Famers Michael Jordan and Hakeem Olajuwon.

"We are extremely grateful to witness Giannis earn the NBA’s Most Valuable Player award for the second consecutive season and send congratulations to him and his family. Giannis is an elite player and this historic achievement is a testament to his superior work ethic, character and determination to improve every day. He is a special player and an even better person, which makes it that much more gratifying that he is again recognized as our league’s MVP."

"What Giannis does for our team on both ends of the court, every night, is extraordinary. As a teammate, he sets the bar for all of us through his incredible work ethic, his unselfishness and his drive to be the best. He impacts all of us as a player and a person, and we’re proud to congratulate him once again on being named the NBA’s Most Valuable Player."

In his seventh season, a news release from the Bucks says Antetokounmpo averaged 29.5 points (5th in NBA) and 13.6 rebounds (2nd in NBA) per game, which were both career-high marks, in addition to dishing out 5.6 assists and shooting 55.3% from the field.

He was the only player in the league to rank inside the top-15 in both scoring and rebounding this season and was the only one to average at least 20.0 points, 10.0 rebounds and 5.0 assists per game.

Antetokounmpo also became the first player since Wilt Chamberlain in 1965-66, and only the third player all-time, to average at least 29.0 points, 13.0 rebounds and 5.0 assists over the course of a season.

The Bucks outscored their opponents by a league-high 10.1 points per game this season and were the top scoring and rebounding team in the NBA. Milwaukee also led the league in net rating and defensive rating in 2019-20, marking the second consecutive season it has topped the NBA in both categories.

RELATED: Check out the new and improved FOX Sports app.

But only two players had pulled off the sweep, until now.

James and Houston’s James Harden were the other MVP finalists this season. Antetokounmpo and James were the only players to be first-team All-NBA selections on all 100 ballots cast by the panel of global sports writers and broadcasters who cover the league. 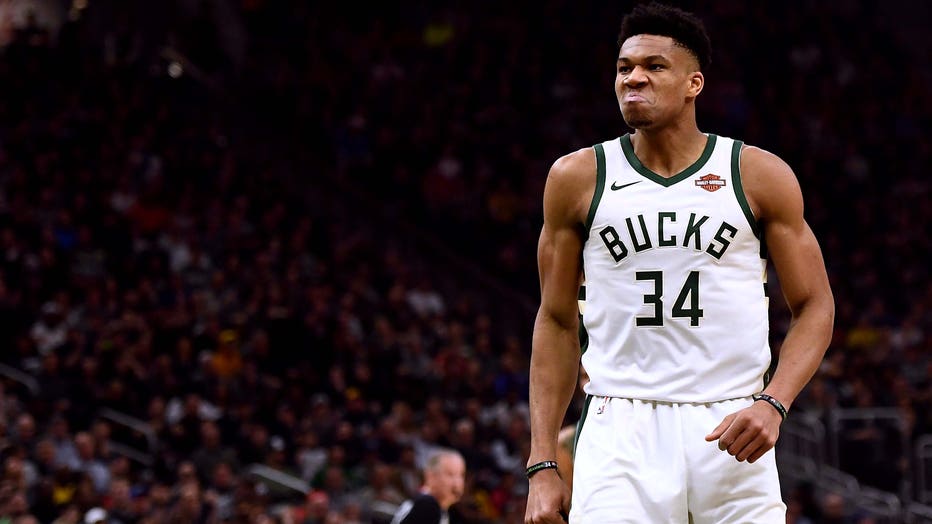 This is the fifth time that someone won MVP honors while playing for the Bucks — only Boston, the Los Angeles Lakers, Philadelphia and Chicago have had more — and he’s the 11th player to win back-to-back MVPs.