One Florida college student-athlete recently signed his first name, image, and likeness (NIL) deal, not to make money for himself, but to raise funds for the Brain Cancer Foundation.

ORLANDO, Fla. - In the new age where student-athletes can sign money-making deals related to their name, image, and likeness (NIL), athletes have been considering their options – and signing deals. And one Florida college student-athlete recently signed his first NIL deal, not to make money for himself, but to raise funds for the Brain Cancer Foundation.

"It's about me giving back to the community. Me being on a different platform going to college. It’s a great way to raise awareness for everything," said Julian Calvez, a Grambling State football signee and Jones High School quarterback.

He's planned a free skill development camp at his high school on May 14, where he will also be accepting donations to benefit the Brain Cancer Foundation. Last year, Calvez lost one of his friends to cancer, Aaron Wilson.

"Aaron was just special. I mean, it was so sad to see him go out like that," he said. Wilson played football at Ocoee High School during his sophomore season, before transferring to St. Francis Academy in Baltimore. 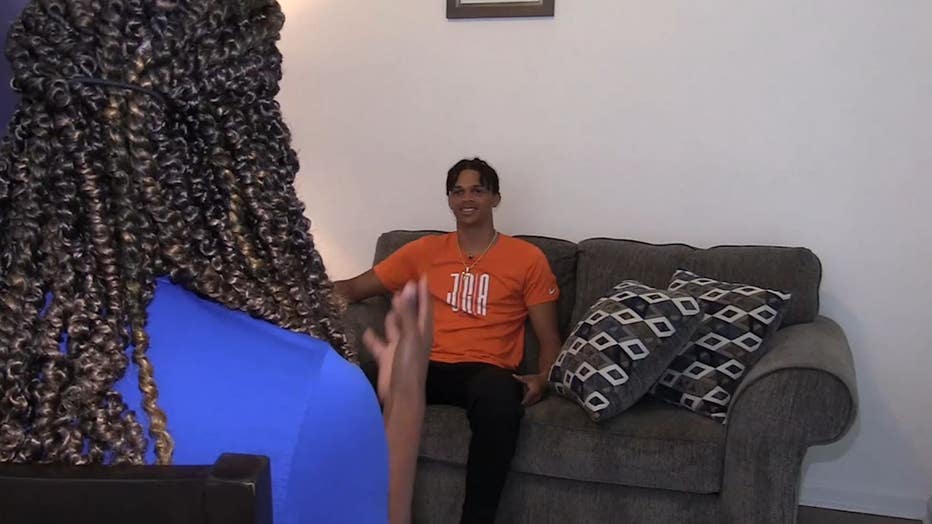 He and Calvez had been friends since middle school and both attended West Orange. He hopes to continue his friend's legacy.

"Anybody that could tell you that went to West Orange, he was there Saturday, Sunday, even when we didn’t have practice. Just a lot of things that separates him. That’s why he was one of the top defensive ends in the nation," said Calvez.