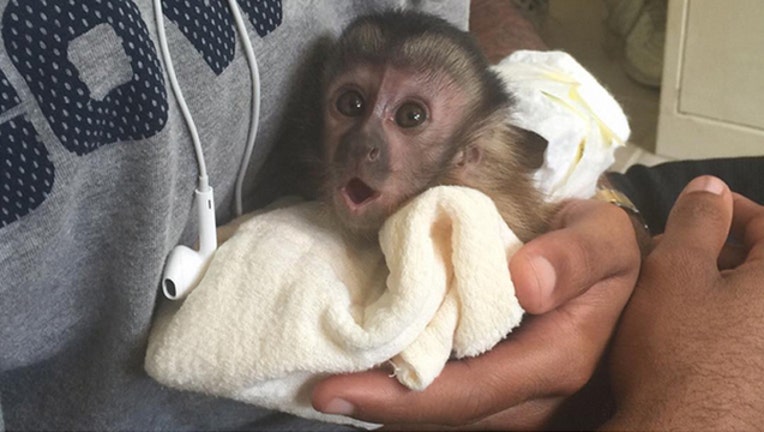 Bryant posted a photo late Monday of him with his “new best friend” Dallas Bryant – a baby monkey.

The animal appears to be a Capuchin monkey, which some people do have as pets.

Bryant was on the practice field at Valley Ranch on Thursday, trying to return to the field for the first time since his Week 1 injury against the New York Giants. Bryant was seen catching balls one handed while leaping in the air and is a wild card to play on Sunday at New York.