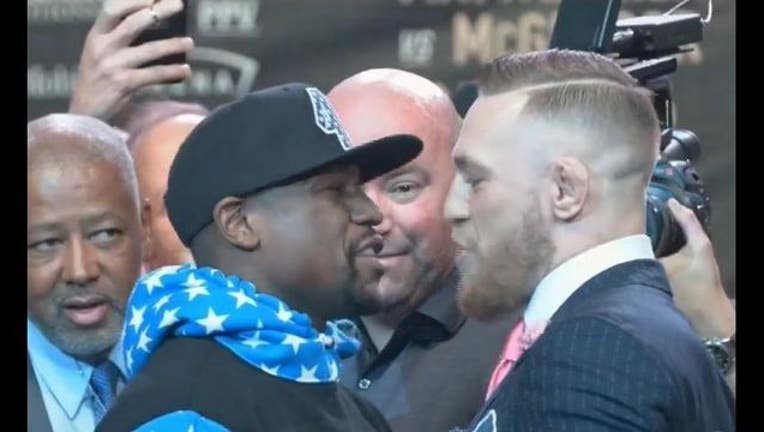 LOS ANGELES, Calif. (FOX 11/FOX Sports) - When it’s all said and done, the Conor McGregor-Floyd Mayweather fight may go down in history as one of the greatest fights in combat sports. Or it will be a bust.

Either way, the two fighters certainly know how to entertain a crowd. The pair kicked off their media World Tour, to promote their bout on Aug. 26 in Las Vegas, on Tuesday at Staples Center.

With 11K rowdy fans in attendance, McGregor took to the stage first and circled the area like a caged animal in a very nice suit. Mayweather joined him on stage shortly thereafter, and sat stoically as McGregor talked an entire afternoon worth of trash. Conor then went on to predict a knock out in the fourth round.