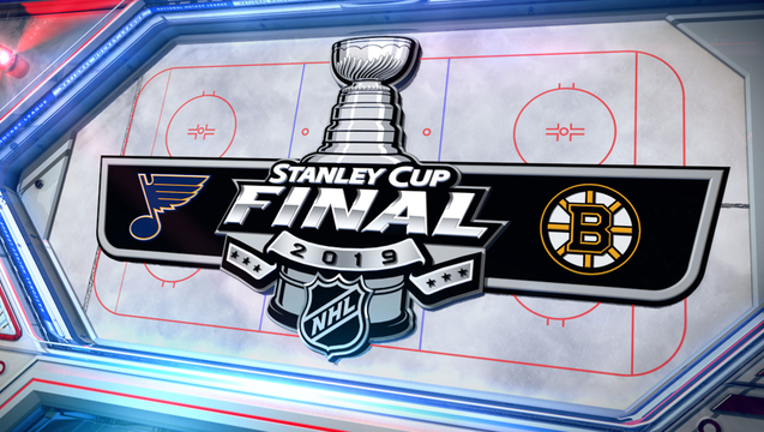 ST. LOUIS (AP) - It usually takes a lucky bounce here and there to win the Stanley Cup.

Game 4 of the final between the Bruins and the Blues had a whole lot of bounces - and not a lot of luck for goaltenders Tuukka Rask and Jordan Binnington.

Whether it was nerves, fatigue or simply traffic in front, Rask and Binnington each gave up rebounds aplenty and both teams cashed in on the prime scoring chances Monday night. The Blues' Alex Pietrangelo pounded a slap shot that seemed to handcuff Rask and the juicy rebound left the puck in midair when Ryan O'Reilly swatted it into the net. T

he goal put the Blues up 3-2 and turned out to the game-winner in the 4-2 victory that knotted the final 2-2.

Both of O'Reilly's goals came off rebounds. He took a rebound off of a Zach Sanford shot behind the net and beat Rask on a wrap-around to the right side just 43 seconds into the game.

Charlie Coyle evened the game with 6:46 left in the first after he found himself alone in front of the Blues net to bang home the rebound from a Zdeno Chara shot.

The Blues took advantage of another second-chance opportunity at 15:30 in the first. This time it was Vladimir Tarasenko pouncing on a big rebound in the slot off of a Pietrangelo shot to make it 2-1.

Rask struggled again during a Boston power play in the second period as O'Reilly almost poked in his own rebound on a short-handed rush.

Instead, it was the Bruins capitalizing shorthanded at 14:19 of the second as Brandon Carlo found the back of the net for the first time this postseason after Binnington couldn't handle a Patrice Bergeron shot with the puck caroming off of his pad.

The goal sucked the life out of the Enterprise Center and took away the momentum St. Louis generated during a prolonged shift in the Boston zone, which featured several line changes and dangerous scoring chances as well as creating the power play that led to the short-handed goal.

Then came O'Reilly's heroics and the first Stanley Cup Final victory at home in St. Louis franchise history. Game 5 in the best-of-seven series is Thursday night in Boston.