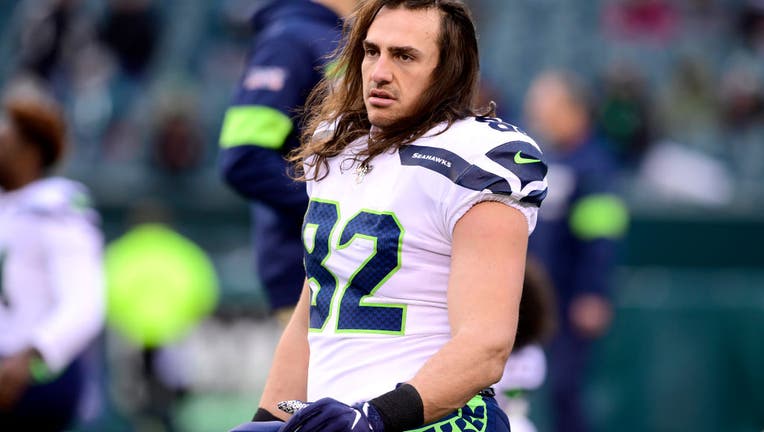 PHILADELPHIA, PENNSYLVANIA - JANUARY 05: Luke Willson #82 of the Seattle Seahawks warms up prior to the NFC Wild Card Playoff game against the Philadelphia Eagles at Lincoln Financial Field on January 05, 2020 in Philadelphia, Pennsylvania. (Photo by

RENTON, Wash. - Just one day after the Seattle Seahawks announced that fan-favorite Luke Willson was back, the tight end announced his retirement.

Willson posted a statement on Twitter saying that it was his decision to walk away from the game of football: "After reflecting on everything yesterday and being in the building, I have decided that it's time to begin with the next chapter of my life."

He said he had some health issues in the off-season and even spent time in the hospital due to severe pericardial effusion.

Willson went on to thank the organization, the city of Seattle, the 12s and homeland of Windsor/Essex County and his hometown of LasSalle, Ontario.

"Football is really all I know," he wrote. "It's all I've done for the last 2 decades. I'll be honest, I have no idea what's next at the moment.. but whatever it is, you can be sure that I will bring a lot of energy to it."

Willson is a fan favorite and been a part of the Seahawks in some facet for most of his NFL career. Willson was a fifth-round pick by Seattle in 2013 and has spent parts of seven seasons with the Seahawks. Willson appeared in eight games for Seattle in 2019 and last season played three games for Baltimore before joining the Seahawks and playing in five more games.

Aside from his on-field contribution, Seattle coach Pete Carroll said he values the attitude and energy Willson has brought over the years.

"We’re trying to live on the high end of this thing, and keep the spirit up and keep the energy high. Expectations are really high to do that and it takes leadership and then participation," Carroll said. "Certain people just have more juice than others and Luke has always been great. He’s been a great part of that for us."