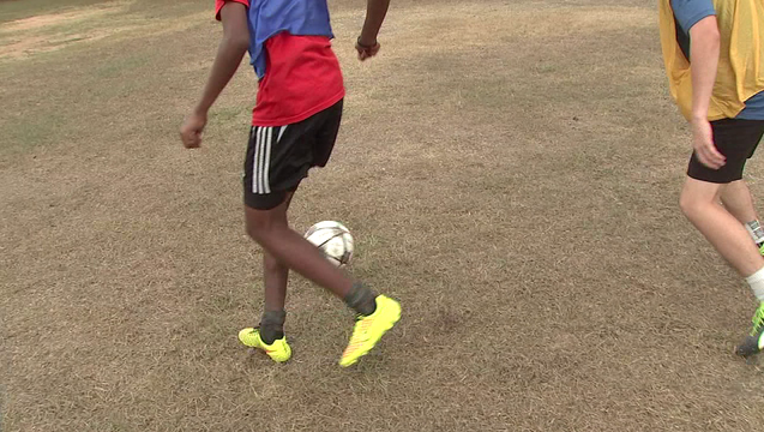 SOUTH CAROLINA (FOX 26) - A youth soccer league is taking measures to make sure rowdy parents and visitors quiet down. The South Carolina Youth Soccer Association is enforcing "Silent September" during which game attendees are being to asked to remain completely silent on the sidelines at the risk of being kicked out of the game.

A statement on the SCYSA website says the "Silent September" is being implemented to bring attention back to appropriate behavior and code of conduct after issues with parents on the sidelines.

"Due to continuing problems/issues with sideline behaviors on the parent/spectator touchline – and the impact that inappropriate behavior has upon our youth, especially upon youth referees; and the additional impact that inappropriate sideline behaviors have upon overall referee retention, SCYSA is implementing a SILENT SEPTEMBER for all SCYSA sponsored league games, statewide, at all levels," SCYSA said in a statement.

SCYSA released these guidelines for making sure parents follow the "Silent September" rules.

If in the opinion of the referee the situation warrants, first two steps (ASK/TELL) are not required.

3. Prior to the beginning of the season, each team manager shall obtain parent signatures on behalf of each player on their roster acknowledging their awareness of the parent/visitor code of conduct.

4. Team managers are expected to be on the parent touchline in order to address any inappropriate behaviors directly.

5. Teams / Parent Groups / Individuals who are reported as having been dismissed from a game are subject to sanctions for their inappropriate conduct. Repeat offenders will be sanctioned more severely.

The purpose of this SILENT SEPTEMBER is to make parents/visitors aware of the SCYSA focus on appropriate sideline behavior and of the existence of a CODE OF CONDUCT, and re-establish that managing parent/visitor behavior is the responsibility of coaches and clubs, NOT referees.

After Silent September, SCYSA will be enforce Silent Saturdays and Silent Sundays periodically to remind visitors of proper conduct.