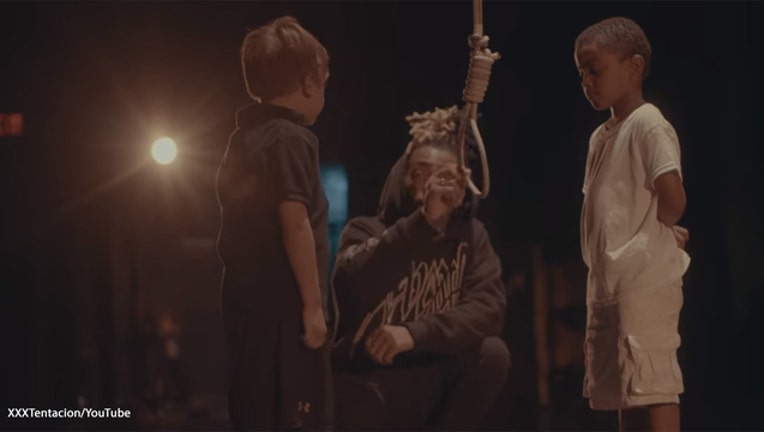 A new music video from rapper XXXTentacion is causing much debate on social media after it shows him hanging a child.

The video for his new song “Look At Me” takes a controversial tone around police brutality, white supremacy and slavery. At just two minutes in the music stops and two boys are walked out on a stage: one white and one black.

XXXTentacion then talks to the children and puts a noose around the young white child’s neck and begins to pull a rope to hang him as the young black child watches. XXXTentacion then reads a passage that highlights crimes centered on race and says that black and white youth need to stand up against all violence.

“Are you willing to risk your own child’s future due to your own bigotry? The choice is yours, but your child will not stand for the hate. This generation will be loved, nurtured, heard and understood,” XXXTentacion reads in part.

The controversial video already has more than 5 million views in less than 24 hours on YouTube.

The video’s casting director LaShawnna Stanley told TMZ she went through more than 20 different children attempting to convince their parents to allow their child to take the role. Stanley said one parent showed up ready to have her son play the part, but backed out saying it was "too dark."

Stanley told TMZ that XXXTentacion wanted viewers to see what it would have been like if it were white men and boys who were hanged for 150 years in America.