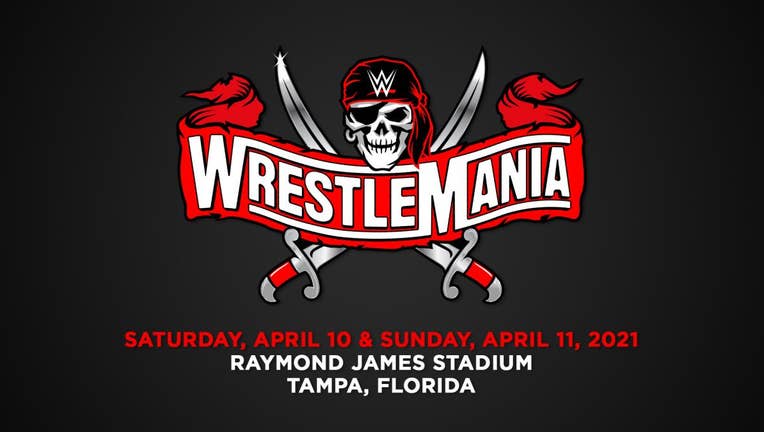 LAKE MARY, Fla. - The WWE has announced the sale of a limited number of tickets to this year's WrestleMania.  The tickets will go on sale next Tuesday, March 16, starting at 10 a.m. ET.

The two-night event will be held Saturday, April 10, and Sunday, April 11 at Raymond James Stadium in Tampa. Unlike last year, fans will be able to attend in-person. WWE and city organizers have not announced audience capacity.

Because of the pandemic, it wasn’t until early October when Tampa city officials and the Tampa Bay Buccaneers allowed a limited number of fans in the stands. The NFL permitted 22,000 fans to attend the Super Bowl inside the venue that can seat 65,890 people.

Wrestlemania in Orlando without audience

Wrestlemania will take place in Orlando instead of Tampa, without an audience.

Last year, the pandemic forced WrestleMania to be relocated to the WWE Performance Center in Orlando, and for the first time, without a live audience.

Ticket prices for WrestleMania range from $35-$2,500 and can be purchased through www.ticketmaster.com. Two-day combo tickets will also be available. All tickets are subject to service charges and facility fees.  Fans interested in an exclusive WrestleMania presale opportunity can register at www.wrestlemania.com/presale.

WWE is coordinating with local partners and government officials regarding safety protocols, which will be announced in the coming weeks.