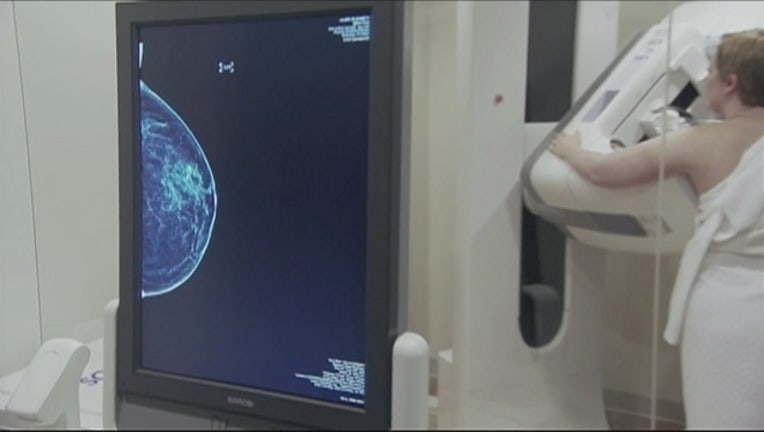 October is Breast Cancer Awareness Month and now more than ever, leaders are urging people to get screened.

The American Cancer Society reports the number of mammograms this year are way down and they believe people’s fear of contracting the coronavirus may be the reason behind the decline.

One Orlando woman is sharing her mission to make sure women and men stay on top of their health. N. Diane Holmes is a two-time breast cancer survivor and this month she’s dressing a bit differently and doesn’t mind if you ask why. She’s the Pink Bra Ambassador for the American Cancer Society and has an important message.

While that also means the number of diagnosed breast cancer cases may appear down this year, she’s more concerned about what it will mean in the years to come. She explained that "when it’s detected it will be more advanced than it may have been if they had done their screenings."

According to the National Cancer Institute, they expect to see an additional 10,000 deaths in the next ten years from breast and colorectal cancer because people are skipping their screenings during the COVID-19 pandemic. Doctors warn that cancer missed now will still come to light eventually, but could be at a later stage with a worse prognosis.

“Early detection is the key to a cure,” Holmes said. The data proves it. According to the American Cancer Society, breast cancer death rates decreased by 40 percent between 1989 and 2016 because of early detection screenings.

“I have all kinds of little outfits I could wear,” Holmes said as she sorted through a bag of pink apparel.

While the typical fanfare for Breast Cancer Awareness Month will not include a walk or other large fundraising events, Holmes said she plans to put herself out there and is encouraging others to do the same.

“And if it’s a little cool I have my scarf,” she laughed.