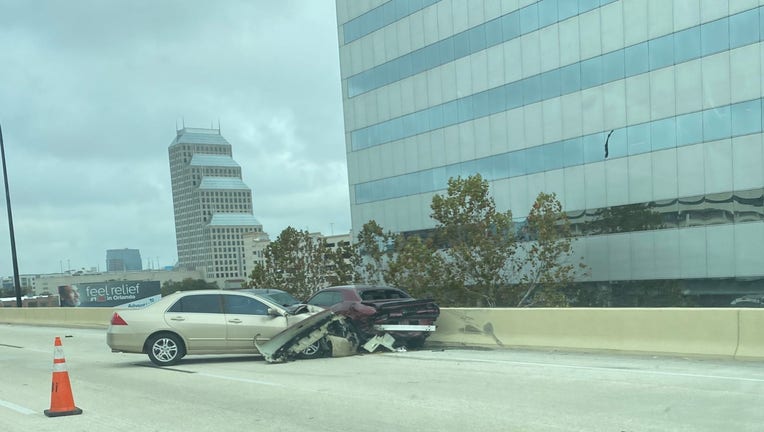 ORLANDO, Fla. - A woman who fell off if an Interstate 4 (I-4) overpass to her death on Friday has been identified.

Police said Michelle Batista, 38, was standing outside of her car after an accident when another car hit her, causing her to fall over the overpass onto Garland Avenue below. The fall was about 50 feet and the woman succumbed to her injuries at a hospital.

Orlando police officers are investigating a woman's death after she fell off an Insterstate 4 bridge near the intersection of Central and Garland.

According to a GoFundMe created to support her children, Batista was a single mother of three. It said that she worked hard to finish school to get a job at the Mayo Clinic as an Interventional Radiologic Technologist.

In the wake of Michelle's death, the Florida Department of Transportation said that they remain "committed to safety along Florida's roadways. The I-4 team will review the circumstances of this incident and will continue its focus on safety throughout the project limits."