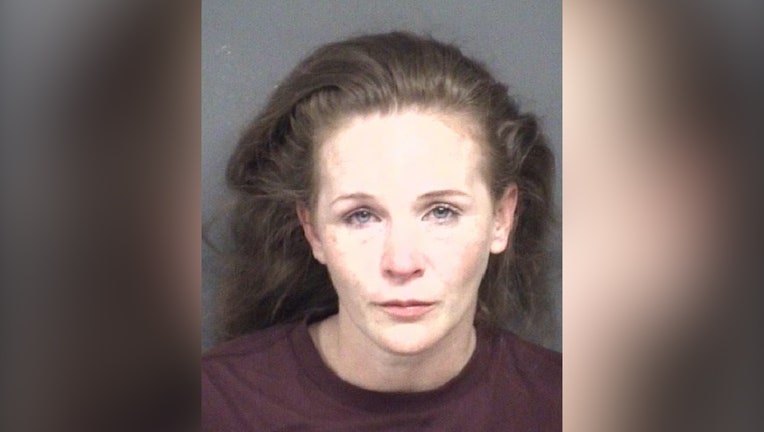 GREENVILLE, N.C. - A white North Carolina woman was charged with driving her car into a yard where three Black teenagers were playing basketball, injuring one of them.

A Pitt County Sheriff's Office news release said deputies responded Sunday afternoon to a report of a child intentionally hit by a car in Greenville.

The news release said that Daina Renee Forrest, 35, of Greenville, had been driving around and threatening the three teens by waving a knife and cursing. The release said Forrest "intentionally veered her car off the roadway and partially into the yard to strike the children."

One teen was taken to the hospital for treatment and Forrest's car had damage to the front that was consistent with hitting a person, according to the release. Sgt. Lee Darnell, a sheriff’s spokesman, said the injuries appeared to be minor.

Deputies said when they searched her car, they found marijuana, crack cocaine and a knife.

Forrest was charged with three counts of assault with a deadly weapon and a count of felony cocaine possession. Jail records indicate she was being held Tuesday.

Forrest was identified in jail records as white, while Darnell said the three teens were Black. Asked whether race was a factor, he said: "I don’t believe it was a race hate crime, no."

Darnell said he didn't know whether Forrest has an attorney who can speak on her behalf. A message left at a phone listing for Forrest wasn't immediately returned.