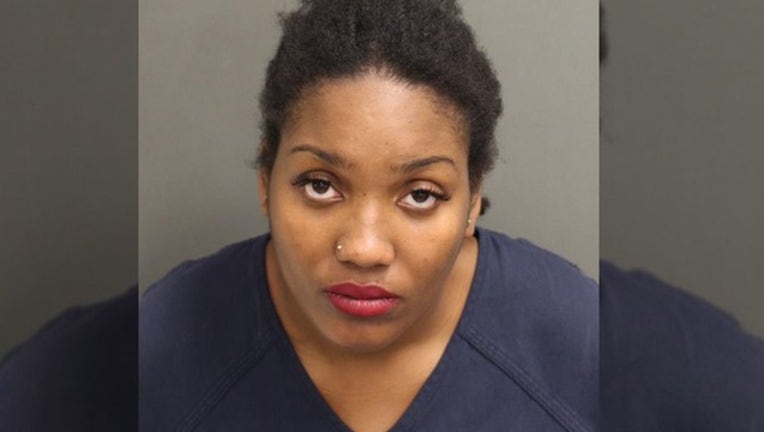 ORLANDO, Fla. (FOX 35 WOFL) - A woman was arrested after officers found her at an Orlando Waffle House with a revolver.

The Orlando Police Department says that at about 3:45 a.m., officers responded to the Waffle House on South Kirkman Road in response to a suspect who had threatened occupants of another vehicle using a firearm.

They say that in the parking lot, officers observed a female suspect holding a revolved. The officers challenged the suspect, who quickly threw down the firearm. No one was hurt in this incident.

The woman, identified as 26-year-old  Dequegsaflone Floyd Williams, was taken into custody and charged with Reckless Display of a Firearm and Open Carry. The firearm was later determined to be loaded.