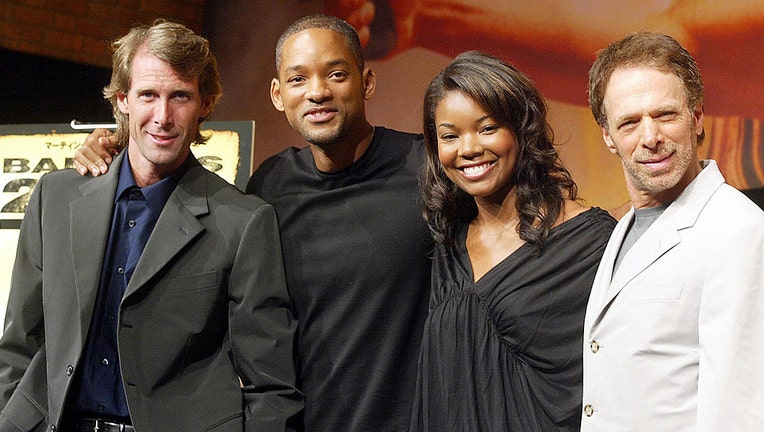 Will Smith's former director has a lesson for Hollywood stars still weighing in on the Oscars slap heard 'round the world: there are bigger things to worry about.

Director Michael Bay, who worked with Smith on "Bad Boys 1" and "Bad Boys 2," said at the end of the day the actor's onstage violence of Rock was "wrong." Still, he insisted that it's not exactly the first thing on his mind when he thinks about issues going on in the world.

"First of all, it’s wrong to begin with," Bay shared with Deadline while promoting his upcoming thriller "Ambulance."

"But that’s all people are talking about. And I don’t really care. Hollywood gets really self-absorbed. There are babies getting blown up in Ukraine right now. We should be talking about that," Bay added. 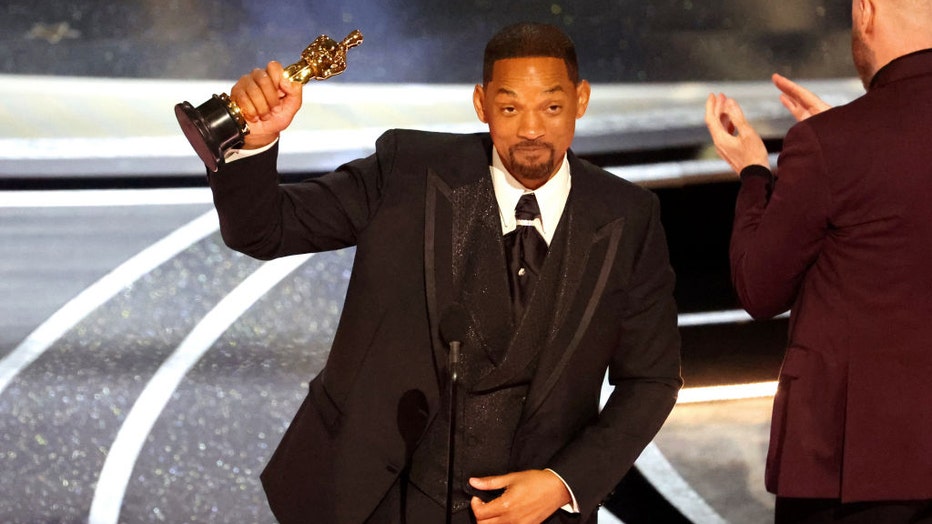 Will Smith accepts the award for Best Actor in a Leading Role for "King Richard" at the 94th Academy Awards on Sunday, March 27, 2022. (Myung Chun / Los Angeles Times via Getty Images)

The director went on to claim that Smith's outburst at the Oscars following Rock's joke about his wife Jada Pinkett Smith's bald head isn't behavior he's seen before from the star.

"I’ve worked with him, he is not that guy," Bay claimed, adding that he's "never seen him lose his cool like that."

"I thought it was set up ’cause I saw the smirk, and I’ve been on set when Will screws with people, when he’s joking with people," he continued. 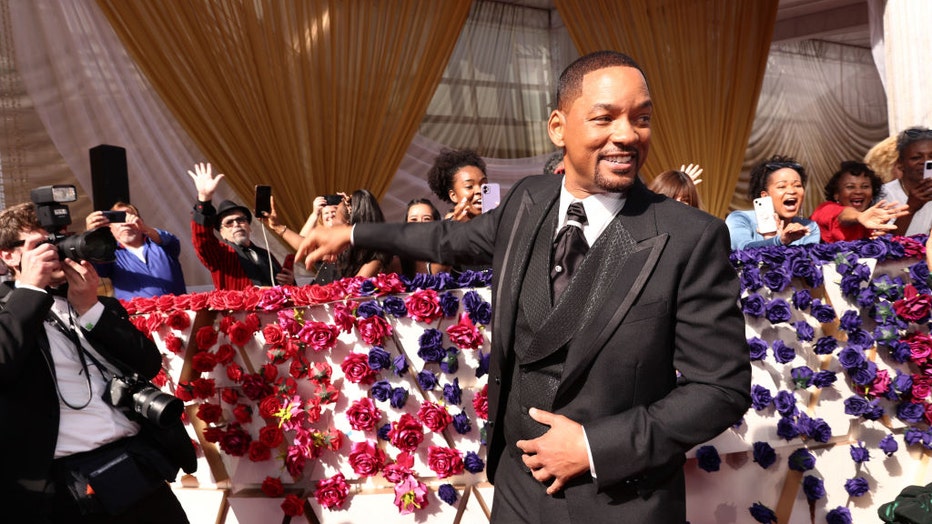 Will Smith attends the 94th Annual Academy Awards at Hollywood and Highland on March 27, 2022 in Hollywood, California. (Photo by Emma McIntyre/Getty Images)

Bay first reacted with shock in a video obtained by Fox News Digital one day after the ceremony took place. The director said he hadn’t been watching live and "really didn’t see it all go down" but about which had obviously heard after it occurred.

"My reaction was like everyone’s reaction," added the "Transformers" signal-caller. "He’s a great guy – I’ve never seen him mad. I just saw the clip, you know. And I’m no one to judge. He’s just not an angry guy."

Asked if he had spoken to Smith, Bay said he hasn’t. Bay pressed that he also doesn’t feel the incident will have a lasting negative impact on Smith’s career.

As for Rock’s reaction after being struck center stage, Bay came away impressed by the comedian’s poise under pressure, adding, "Chris was – I’ve got to work with him in movies. "I mean, I know Chris and he handled it very well, that’s why I wonder if it was set up, you know."

Ultimately, Bay summarized the incident this way: "they had their exchange and then that was it. He walked off."

Smith's own mother, Carolyn Smith, had a similar reaction one day after the 94th Academy Awards. She said she's never seen that confrontational side of her son.

"He is a very even, people person. That's the first time I've ever seen him go off," she recalled to Philadelphia's 6abc.

Despite the on-camera scandal, Carolyn Smith concluded that she is "proud of him being him." 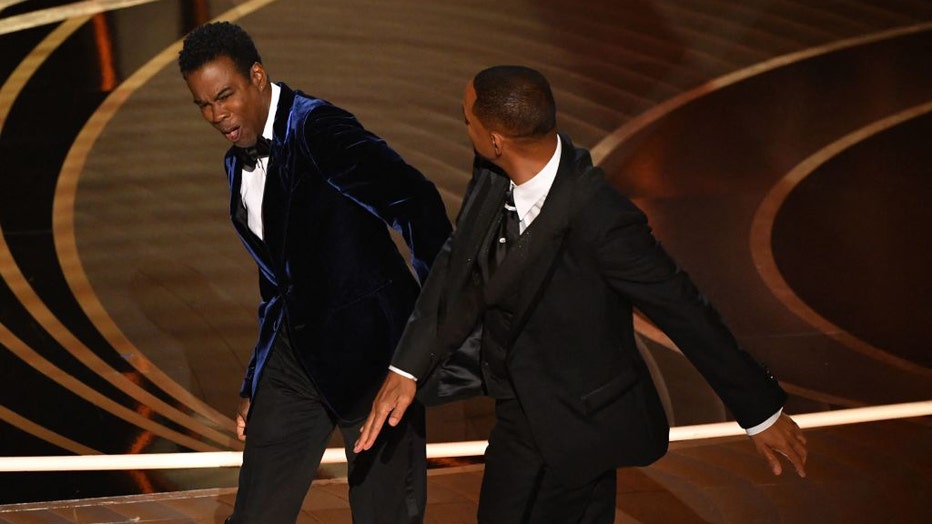 Days after the "King Richard" star received backlash after he slapped Rock, he announced his resignation from the Academy of Motion Pictures Arts and Sciences in a statement via his representative.

"I have directly responded to the Academy’s disciplinary hearing notice, and I will fully accept any and all consequences for my conduct. My actions at the 94th Academy Awards presentation were shocking, painful, and inexcusable. The list of those I have hurt is long and includes Chris, his family, many of my dear friends and loved ones, all those in attendance, and global audiences at home. I betrayed the trust of the Academy," Smith's statement said.

The Academy accepted Smith's resignation and has decided to continue the disciplinary proceedings against him, David Rubin, president of Academy of Motion Picture Arts and Sciences, told Fox News Digital in a statement.

"We have received and accepted Mr. Will Smith's immediate resignation from the Academy of Motion Picture Arts and Sciences. We will continue to move forward with our disciplinary proceedings against Mr. Smith for violations of the Academy’s Standards of Conduct, in advance of our next scheduled board meeting on April 18," Rubin said. 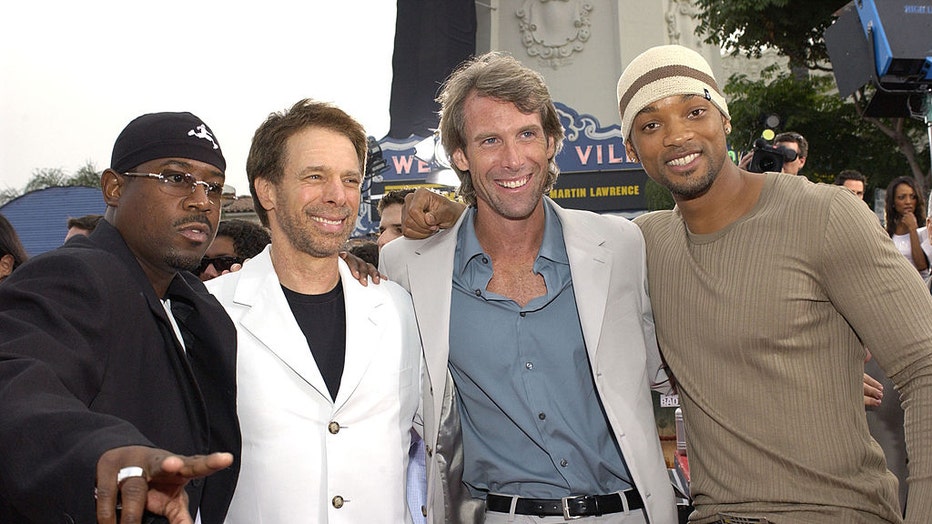 Smith was given 15 days to give a written response to the Academy and further disciplinary decisions will be made at the next board of governors meeting on April 18.

There is still a chance that Smith is stripped of his Oscar, although it seems unlikely. Smith won the Oscar for best actor for his role in "King Richard."

He can keep the Oscar award even while not being a member of the Academy.

Harvey Weinstein and Roman Polanski both kept their Oscars, despite being expelled from the Academy.

Get the latest updates on this story at FOXNews.com