Why some younger adults are interested in living, working in The Villages

As the population in The Villages continues to grow, there are younger adults interested in working or living in the retirement community.

THE VILLAGES, Fla. - As the population in The Villages continues to grow, there are younger adults interested in working or living in the retirement community.

The vast majority of people who live in The Villages are of retirement age, as it's a 55-plus community, but there is a small number of Gen Z-ers and Millennials who are interested in living or working here.

The lines of golf carts are what might give someone a sign that they're in The Villages. In one of the golf carts you'll see riding around you'll find 35-year-old Anna Britton.

Britton has Spina Bifida and Cerebral Palsy and lives with her parents for assistance so when they decided to move to a retirement community in a warmer climate, they found it difficult to find a community that would allow Britton in, as she's under 55-years-old.

But, The Villages welcomed her, and now she spends her days at the pool with her service dog, enjoying the warm weather and activities The Villages has to offer.

The US Census named The Villages the fastest-growing metro area in the country from 2010-to 2020. According to the census, The Villages grew by 39 percent in that timeframe.

While the overwhelming majority of the population is 55-plus years old, there has been a slight increase in younger adults moving in and/or working in The Villages, according to the latest data from 2017-2019.

According to Florida law, 20 percent of a retirement community's residents can be 18 years old and older. Britton says it's nice to see younger adults in the area. 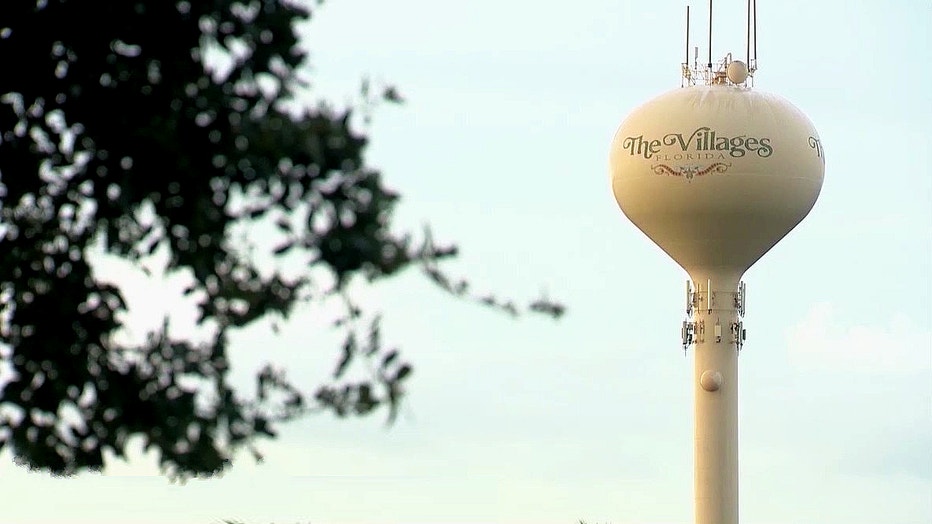 "We get excited when we see each other in other parts of The Villages," said Britton. "And we’re like 'another young person! Another person our age!'"

Christine Dunlap moved to The Villages with her grandma when she was 19. Now at 22-years-old, she and her fiancé bought a house in Oxford, which is just a few blocks outside The Villages limits. It's a community that's full of families and people who work in the area.

Dunlap works at a salon in The Villages and says she has no plans of moving. She likes having steady clientele, the positive and relaxed energy, being close to her parents who live in The Villages, and feels it's a safe community.

"Our address is considered Oxford, but The Villages did build our community so when you drive into it, it looks like the housing was identical to The Villages," said Dunlap.

She hopes to one day send her children to The Villages Charter School which is designed for children whose parents work in the area.

"It definitely feels ‘homey’ like when you move to a big city you’re like a pea in a pod this is the total opposite you’ll go to the square and anyone will talk to you," said Dunlap.

However, for some parents, under 55, who work in The Villages, they say it's hard to find affordable housing in the area.

Latimer was driving 40 minutes to work until he moved into a new apartment complex just minutes outside The Villages. He said he enjoys working as a server at KeKe's Breakfast Café because it's steady work and likes the area. But, hopes to see more options for housing for people who work in the community that keeps growing.

"The Villages keeps getting built up, and they’re expanding," said Latimer. "These apartments aren’t being built fast enough. Because we got the jobs, but we don’t have a place to stay."