Watch: AX-1 mission splashes down in ocean after visit to ISS

Axiom Space's Ax-1 Mission successfully landed in the ocean outside of Jacksonville, Florida, after several days at the International Space Station. The launch marked the first-ever all-private mission to the ISS. There were four astronauts aboard.

ORLANDO, Fla. - After multiple days of delays due to poor weather conditions, the Axiom Mission 1 (Ax-1) crew successful splashed down off the coast of Florida on Monday after a 17-hour journey from the International Space Station.

"Welcome back to planet Earth," mission control told the crew, who made it back to Earth at 1:06 p.m. ET near Jacksonville. 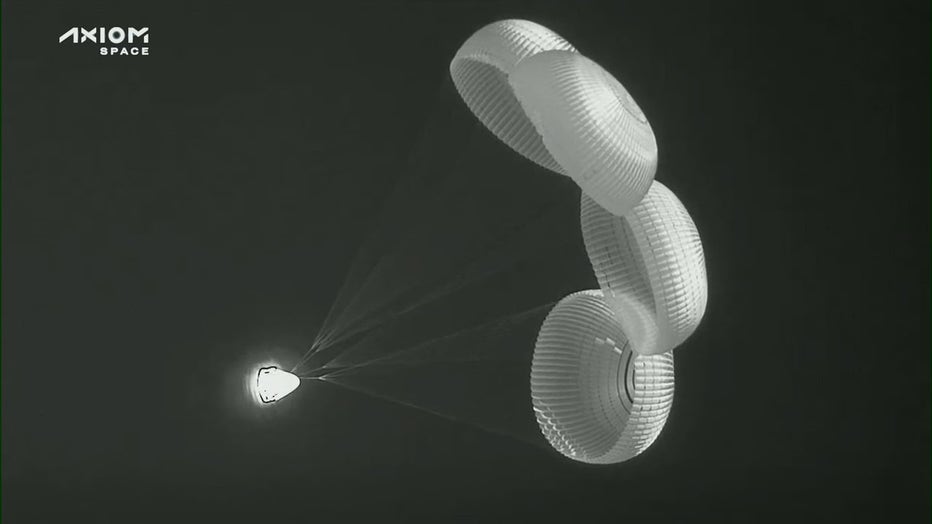 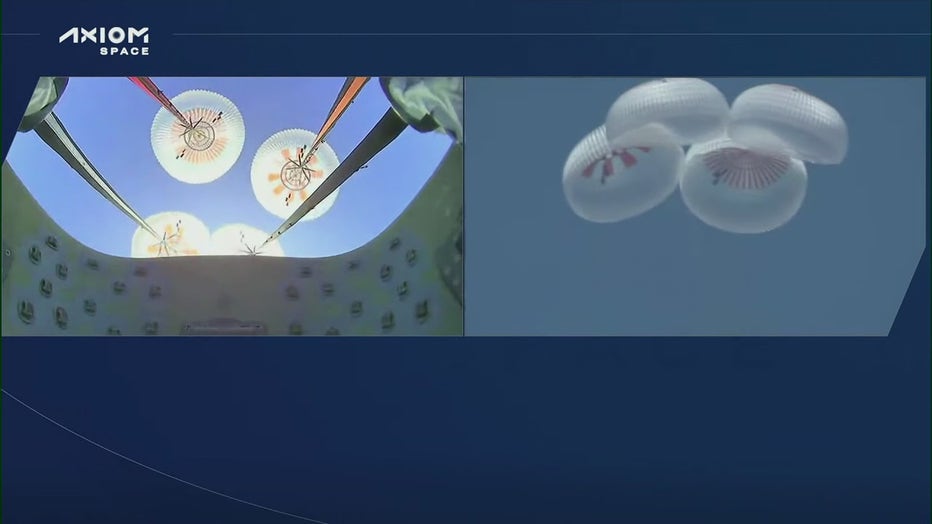 On Sunday, the hatch between the SpaceX Dragon Endeavour and ISS closed at 7:26 p.m. (Eastern time). The crew undocked from the ISS at 9:10 p.m. and began a series of controlled burns to push it out into orbit.

You can watch a livestream of the undocking via NASA TV below.

Ax-1's crew launched to the ISS on the morning of April 8 in what was expected to be an eight-day mission aboard the ISS. The four astronauts aboard are commander Michael López-Alegría of USA/Spain, pilot Larry Connor of USA, mission specialist Eytan Stibbe of Israel, and mission specialist Mark Pathy of Canada.

The crew spent 15 days in space after its launch marked the first all-private mission to the ISS.