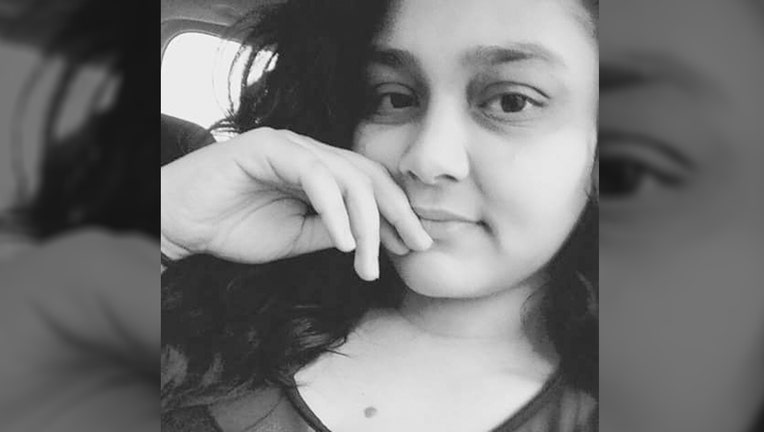 ORANGE COUNTY, Fla. - The family of 25-year-old Kayshla Torres, who was killed back in May, is making a desperate plea to the public to help find her killer.

Kayshla was killed in May 2019 after being shot by a stray bullet in Orange County.

Detectives said that the moments leading up to the death of Kayshla started at the Chevron gas station on 43rd Street and Orange Blossom Trail. Surveillance video released shows a fight there. You can see Kayshla backing up her car and almost hitting a bicyclist, who then turns around and throws something at the car. Detectives said the passenger in Kayshla’s car then gets out and the two start to fight as other people around them get involved.

A man in the video is highlighted on camera. Investigators say that he is a person of interest and that they need the public to help identify him.

During that incident, Kayshla’s phone was stolen by someone there. That phone still has not been recovered. Then, just a few blocks away, detectives said Kayshla and her friend were confronted by the same group of people and shots were fired. Kayshla, the unintended target, was killed when she was shot in the neck.

“We know there were witnesses at the shooting,” Sgt. Joe Coveilli of the Orange County Sheriff’s Office said. “We know that. We just need them to come forward.”

“Please, whoever it is, please, please come and say something,” the victim’s mother Elizabeth Torres said. She goes to 40th Street and Nashville Avenue every day. She has passed out hundreds of flyers hoping someone can help her find the person who killed her daughter, a mother to two small children.

“They know but they won’t come out,” Torres said.

“I saw her every day, every minute of the day she was around either by phone or at my home and now that was snatched from me, from her children,” Torres said. She wants a witness to come forward, a suspect to be identified, and justice for Kayshla. All it takes is a tip.