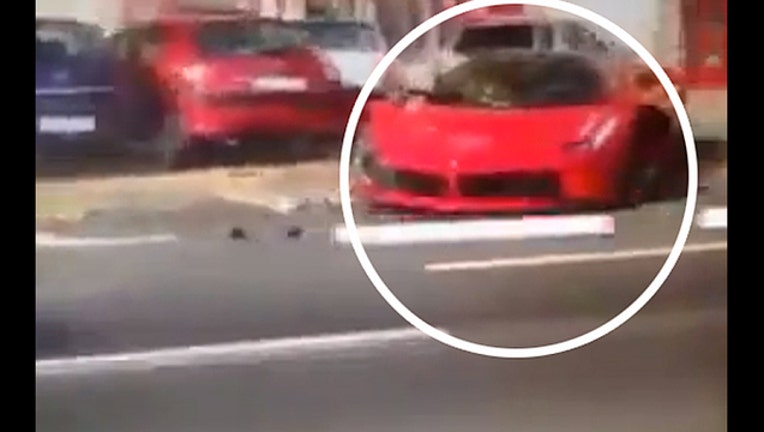 Just minutes after leaving the dealership, a man in Budapest crashed his brand new, $1.9 million Ferrari, also known as one of the most expensive cars in the world. And to add insult to injury, the whole thing was captured on video, “Fox and Friends” reported Thursday morning.

Witnesses say the driver may have gotten a little too excited about his new car’s acceleration, which can go up to 62 miles per hour in just under three seconds. Footage shows the driver lost control of the 950 horsepower hybrid, swerving across the road and smashing into three parked cars.

Thankfully, no one was hurt – except perhaps the man’s bank account.

The LaFerrari he was driving is one of Ferrari’s most exclusive models, with only 499 ever produced, Steve Doocy said.