Another round of astronauts are headed for the International Space Station after a successful early morning launch on Wednesday that lit up the Florida sky.

CAPE CANAVERAL, Fla. - SpaceX has launched four astronauts to the International Space Station for NASA, less than two days after completing a flight chartered by millionaires. The Falcon rocket blasted off before dawn Wednesday from Florida's Kennedy Space Center. Minutes after liftoff, the Falcon 9 stage one booster successfully landed on a drone ship in the Atlantic Ocean.

The crew includes the first Black woman making a long-term spaceflight, NASA's Jessica Watkins. Also, on board: the European Space Agency's lone female astronaut, Samantha Cristoforetti of Italy. It's the first time NASA has sent up a crew comprised equally of men and women. The capsule reached the space station Wednesday evening around 7:45 p.m. (ET).

Another round of NASA astronauts are headed for the International Space Station after a successful early morning launch on Wednesday that lit up the Florida sky.

The crew is riding in style in a brand new Crew Dragon capsule called "Freedom."

NASA and SpaceX have been planning the mission for the last six months. After Crew-3 passes the torch, they will return to Earth a few days later.

Families gathered on the Space Coast dark and early on Wednesday to watch the Crew-4 astronauts blast off to the International Space Station.

NASA says Crew-4 is the fourth crew rotation mission with a SpaceX Crew Dragon spacecraft, and the company’s fifth ever crewed flight to the ISS with NASA's commercial crew program,
with the first being Demo-2 with astronauts Bob Behnken and Doug Hurley in 2020.

FOX 35 spoke with NASA's administrator and former Senator Bill Nelson who said this successful launch is one of many achievements he is proud of.

"You are seeing space launch activity, as well as rocket manufacturing. Satellite manufacturing that is going on here that is turning us into the Silicon Valley of space!" 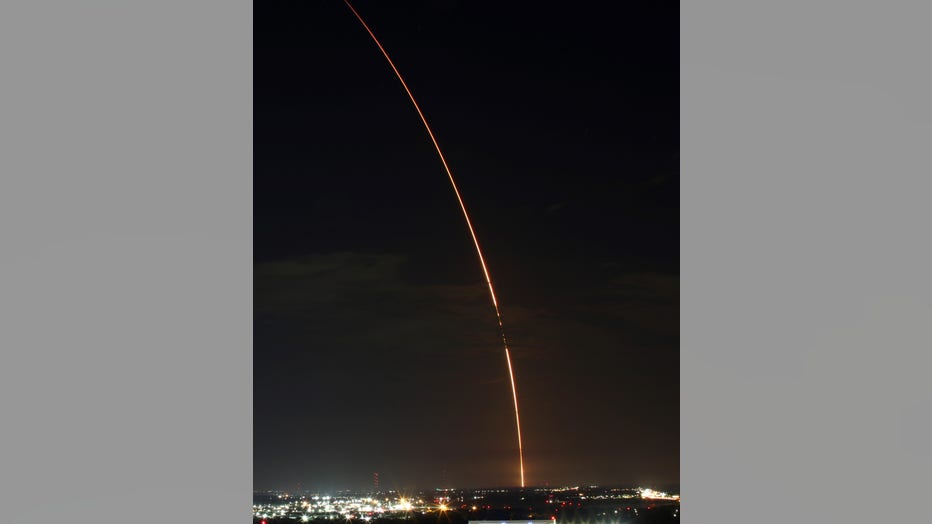 According to SpaceX's website, all four astronauts will "conduct over 200 science experiments in areas such as materials science, health technologies, and plant science to prepare for human exploration beyond low-Earth orbit and benefit life on Earth."

The crew will stay on the space station for 6 months before returning to Earth.