Deputies in Michigan made an unusual discovery after a high-speed pursuit with a suspect, the sheriff's office said.

According to a Facebook post by the Lake County Sheriff's Office, a patrol sergeant noticed a vehicle spending down US-10 on June 11. When the sergeant tried to pull the vehicle over, the sheriff's office said the driver fled which led to a high-speed chase by deputies and Michigan DNR law enforcement. The chase ended when the driver got stuck between two trees on the Rails-To-Trails pathway in Webber Township.

When deputies went to apprehend the 40-year-old driver, they say they found an alligator sitting in the passenger seat! 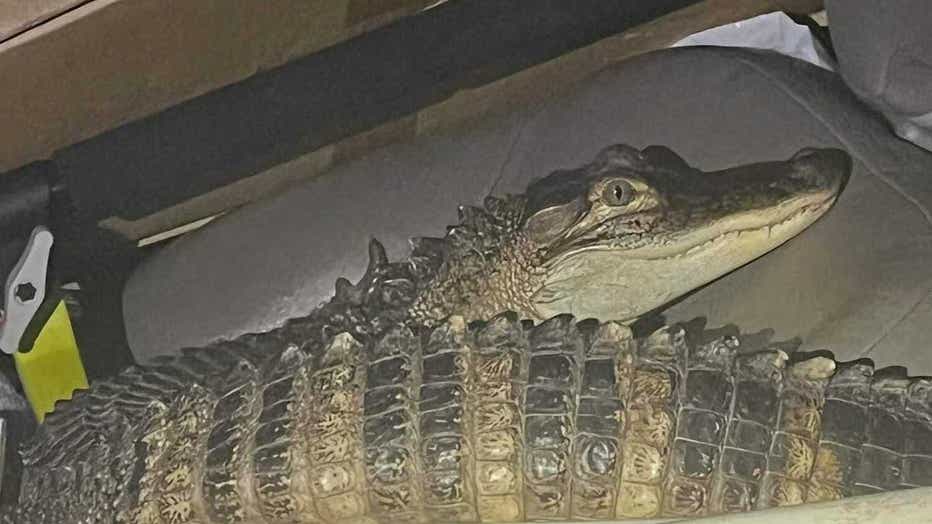 "The passenger, ‘Karen’ the alligator, attempted to flee the scene, but was taken into custody after a short scuffle," the sheriff's office joked on Facebook. "Karen is not facing any charges at this time. We believe she was an unwilling participant during the incident, nor do we believe she was ever in control of the vehicle."

The driver from Oak Park was taken into custody and is now facing several charges, the sheriff's office said.