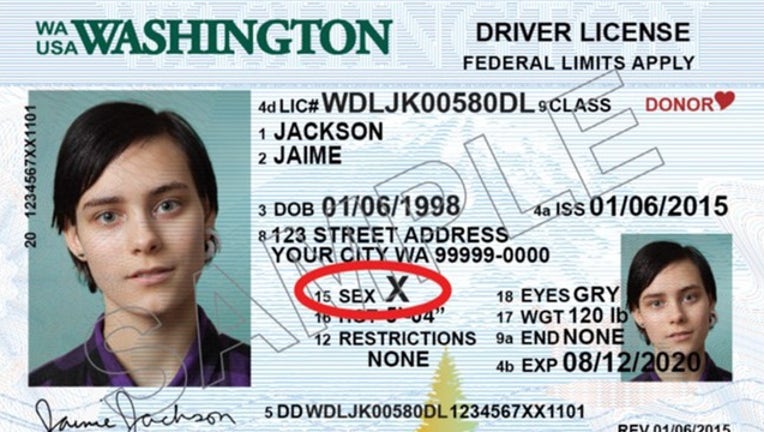 SEATTLE (AP) - People who identify as other than female or male may soon have a third option when getting a Washington driver’s license.

The department of licensing has scheduled hearings in August in Seattle, Spokane and Olympia for public comment. The agency will then use the information from hearings, emails and phone calls to decide whether to make any changes to the proposed language.

The department of licensing could offer the gender X option as soon as October.