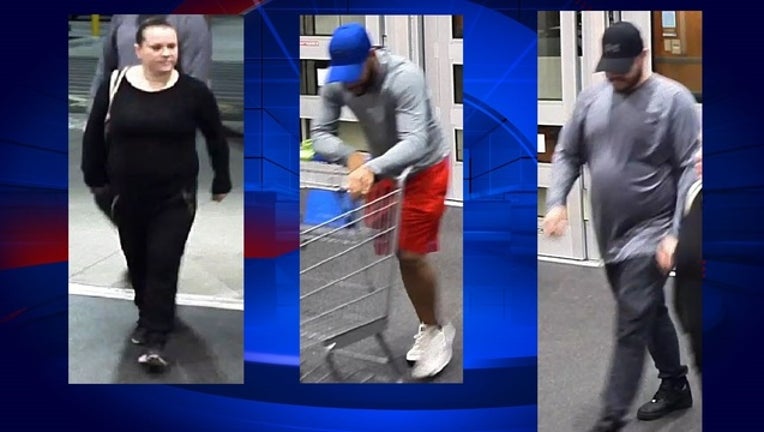 ORLANDO, Fla. (WOFL FOX 35) - The Orlando Police Department states that deputies responded to a Walmart on Narcoossee Road in reference to a Grand Theft incident that occurred a few hours after midnight on June 11th.

The report says an employee was notified by the Electronics Department Manager that there appeared to be a lot of missing electronic merchandise from a locked cabinet. The cabinet appeared to be cut off.

Surveillance video showed that two males and one female worked together to defeat the lock on the cabinet. They take electronic items out the cabinet and then walk to the infant department. Here, they took a car seat out of a cardboard box and placed it on top of the display.

The video continues to show the suspects, as they remove the security wrap from the merchandise. They eventually travel to the hardware section, where they use the cardboard box to conceal all the electronic merchandise.

As the video proceeds, we can see one of the male suspects exit the store empty-handed. The other two purchase a box of cereal and the cardboard box for the car seat. The suspects did not make any attempt to pay for the concealed merchandise inside the box.

The Walmart employee has totaled up everything missing, which is valued at $15,615.25.