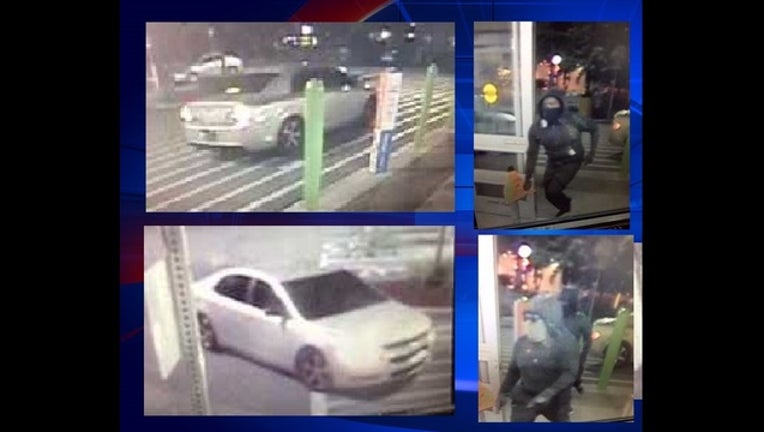 ORLANDO, Fla. (WOFL FOX 35) - Police are looking for three armed suspects and the driver of a getaway vehicle that robbed the Walmart Neighborhood Market at South 2715 S. Orange Avenue around 3 a.m. Monday.

Surveillance images from inside the store show two of the suspects dressed head to toe in black with their faces covered.  Police say they also wore gloves.

Officers believe a tan or gold four-door sedan—possibly a Chevy—with a driver behind the wheel was waiting for the suspects outside.

One witness, who asked not to be identified, told FOX 35 he was in a check out aisle when the robbers walked in.  He said the robber pointed a gun at his head and told him to get on the ground.

Anyone with information about the suspects in this robbery should call Crimeline or the Orlando Police Department.