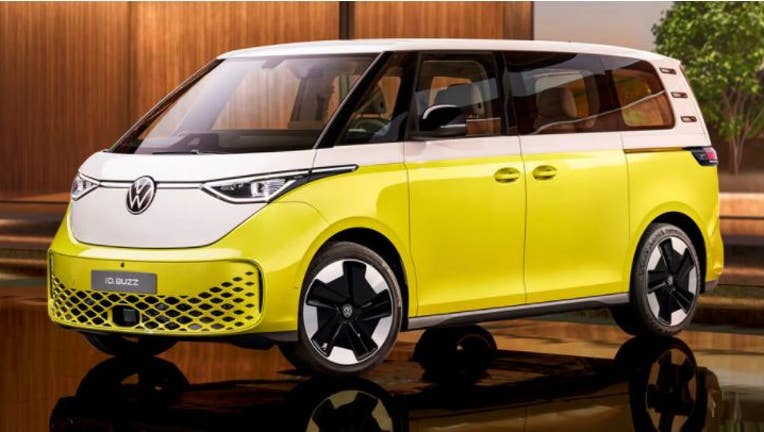 The bus is back and bringing some buzz with it.

Five years after it was previewed with a concept vehicle at the 2017 Detroit Auto Show, the final production version of the Volkswagen ID. Buzz has been revealed. 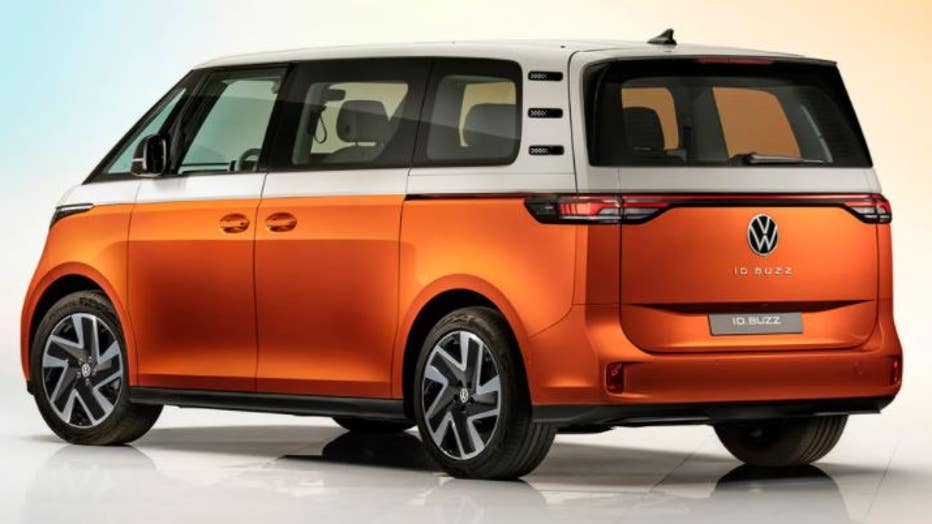 The ID. Buzz is roughly the same size as an ID. 4. (Volkswagen)

The all-electric minivan features throwback styling inspired by the classic VW Microbus and is built on the same platform as the ID. 4 SUV.

The initial model is about the same length as the compact ID. 4, but a long-wheelbase version will be introduced when the ID. Buzz goes on sale in the U.S. in 2024. 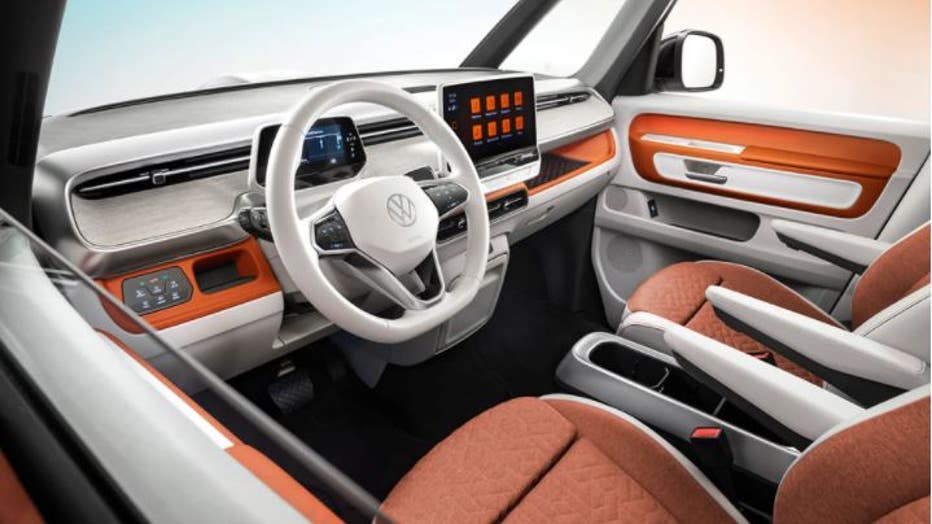 The ID. Buzz interior features modern styling and a mix of recycled and vegan materials. (Volkswagen)

The European model features an 82 kWh battery pack and 201 hp electric motor driving the rear wheels, much like the original rear-engine Microbus. 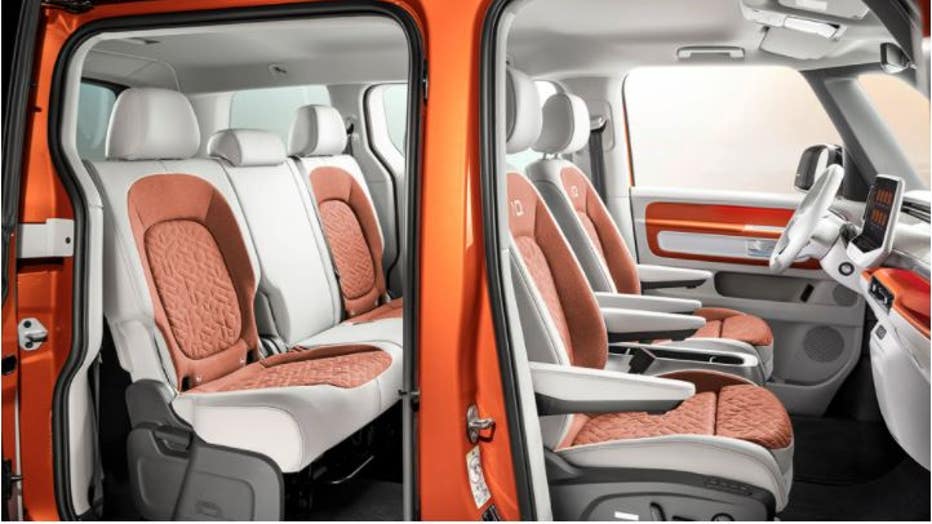 The ID. Buzz will be available with several seating configurations. (Volkswagen)

Its official driving range has not yet been announced, but the ID. 4 with the same battery and powertrain is rated for 260 miles between charges in the U.S. 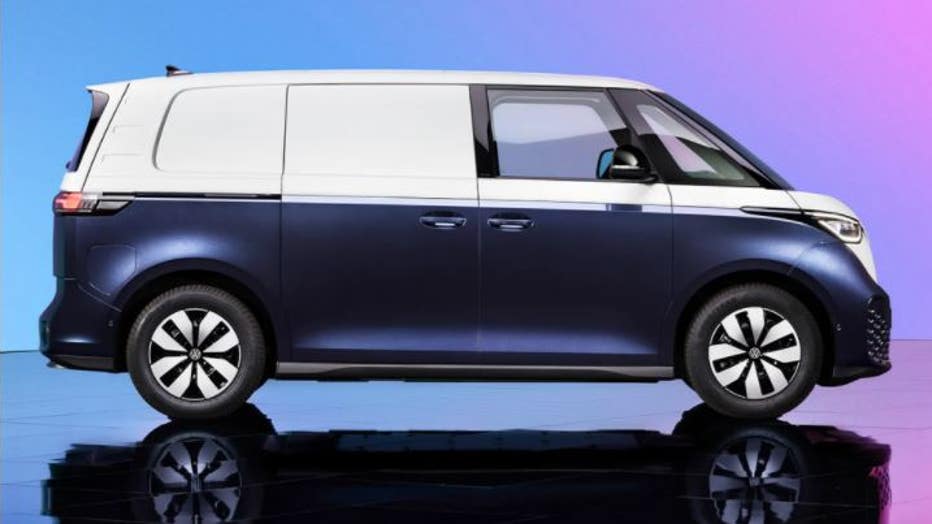 The ID. Buzz's curved-box body can accommodate up to three rows of seating and there is also a cargo model with 137 cubic feet of cargo space. The modern styling is trimmed with a mix of recycled and vegan materials. 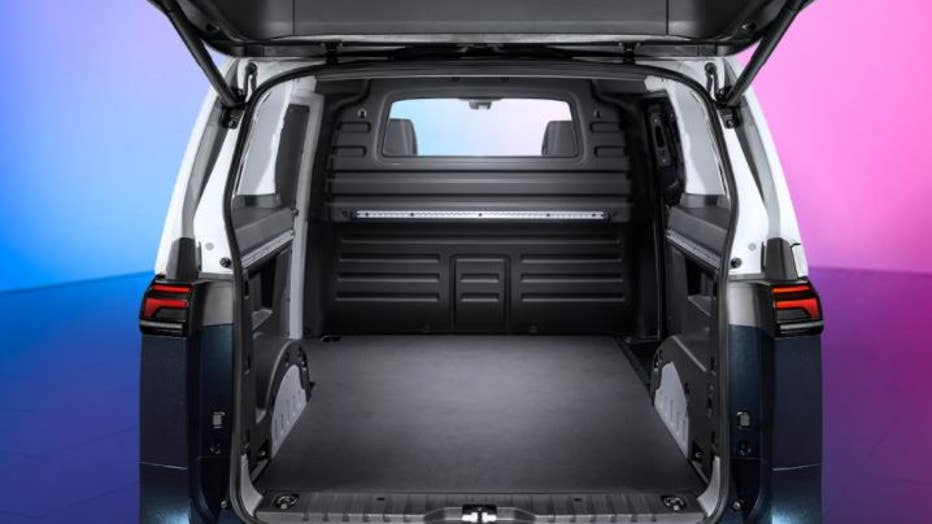 A full suite of electronic driver aids will be offered that includes a lane-keeping system that uses "swarm data" gathered from other vehicles to help guide the vehicle within a lane.

Pricing has not yet been announced, but the U.S. version will be revealed next year.