Police in the town of Louisa took to Facebook on Saturday to say the pair was wanted in connection with a larceny at a convenience store that took place while they were wearing hollowed-out watermelon rinds with holes cut out for the eyes. 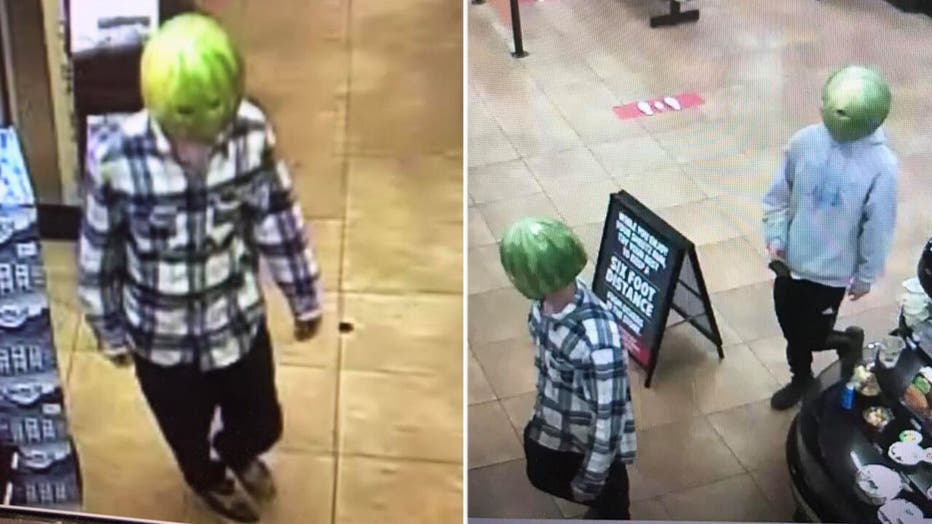 A Virginia police department released photos of two larceny suspects who they said pulled off the crime while wearing hollowed-out watermelon rinds with holes cut out for the eyes. (Louisa Police Department)

Hours later they said there had been one arrest in the “Melon-Heads case."

“Thank you to the community for all your assistance,” police said.

The crime took place on May 6 at a Sheetz convenience store.

It’s unclear what was taken or what charges had been brought against the person who had been arrested.

The arrest happened days ago, according to the Charlottesville Daily Progress, which reported the police Facebook post drew comments from other people who said they had seen the duo elsewhere in town and had snapped photos, which they posted.