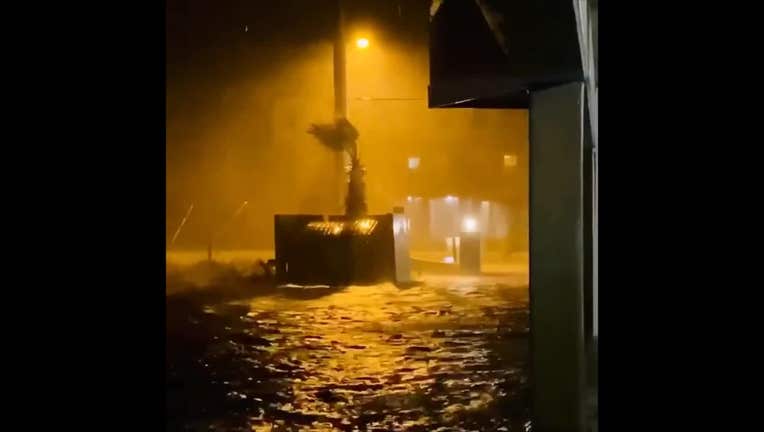 Strong winds, flooding and power outages were reported in Pensacola, Florida on Wednesday as Hurricane Sally made its way along the northern Gulf Coast. The system made landfall on Wednesday near Gulf Shores, Alabama as a Category 2 storm.

Video recorded by Nicholas Shetley from the Hilton Hotel in Pensacola Beach shows strong wind and rain lashing the area.

Strong winds, flooding and power outages were reported in Pensacola, Florida as Hurricane Sally made its way along the northern Gulf Coast. (Credit: Nicholas Shetley via Storyful)

The National Hurricane Center said Sally reached sustained winds of 105 mph and that “historic and catastrophic flooding” was likely.

Hurricane Sally brought wild winds and rain to the Gulf Coast of Florida and Alabama with this footage showing flooding in Gulf Shores, Alabama, ahead of the hurricane’s landfall. (Credit: Rob Morgan via Storyful)

Nearly 332,000 homes and businesses had lost electricity across Alabama, Florida and Louisiana by Wednesday morning, according to the poweroutage.us site.

‘Woah! There’s another one!’: Power outages in Florida as Hurricane Sally makes landfall

Stay with FOX 35 News for the latest updates on Hurricane Sally.