Fox 5's Sierra Fox has the latest details on the search for four suspects accused of assaulting a woman in Prince George's County during an attempted carjacking.

PRINCE GEORGE'S COUNTY, Md. (FOX 5 DC) - The Prince George’s County Police Department is asking for the community's help identifying and locating four suspects who were caught on camera assaulting a senior citizen in an attempt to steal her car, leaving her with two broken bones.

The Prince George’s County Police Department is searching for four suspects who were caught on camera assaulting a senior citizen in an attempt to steal her car.

On March 29, the four suspects approached the victim in her Capitol Heights neighborhood around 6:40 p.m. as she arrived home from running errands.

The victim was pushed to the ground and the suspects demanded her car keys. They searched her pockets and ripped her belongings from her hands.

When the suspects got her keys, they began to run away. At that time, the victim ran toward a neighbor’s house for help. At this point, one of the fleeing suspects began to chase her and again tackled her to the ground.

Police give updates on the assault of a senior citizen during a carjacking attempt in Prince George's County.

The victim suffered two broken bones during this incident. The suspects ultimately fled the area without taking her car.

"The shameless act of violence is very sick and disturbing to me and everyone who has watched the video. Our seniors deserve to be treated with dignity and respect and not be violently accosted in our neighborhoods where we live peacefully. We need our community’s help in arresting these suspects so that they may be brought to justice and held accountable for their senseless act of violence. We are asking the community to look at this video and the pictures of the suspects and call us with information," said Chief Malik Aziz. 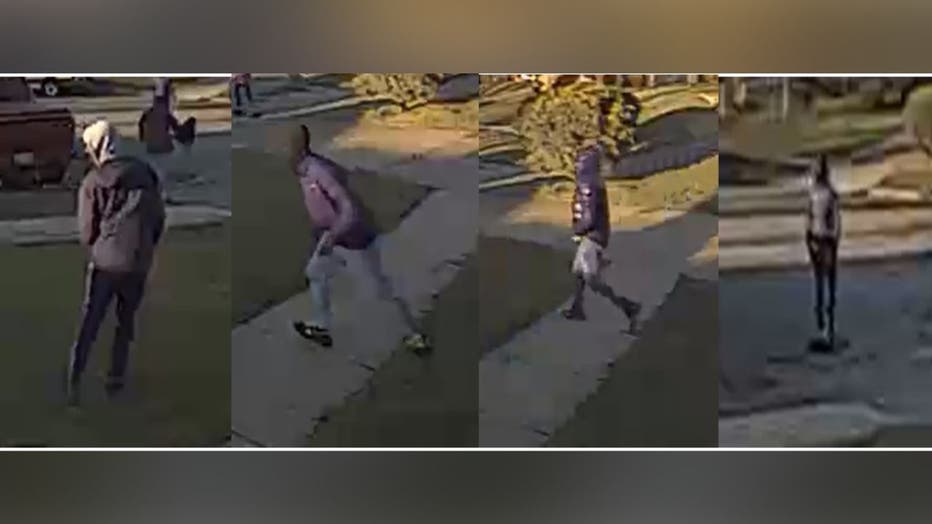 The Prince George’s County Police Department is searching for four suspects who were caught on camera assaulting a senior citizen in an attempt to steal her car.