Volusia Sheriff chases down a suspect

The Sheriff joined other deputies in a hot pursuit after officials said that a suspect, who started the chase, tried to speed away in a stolen truck.

The driver spun off the road and that is when officers pulled him out of the vehicle and arrested him. 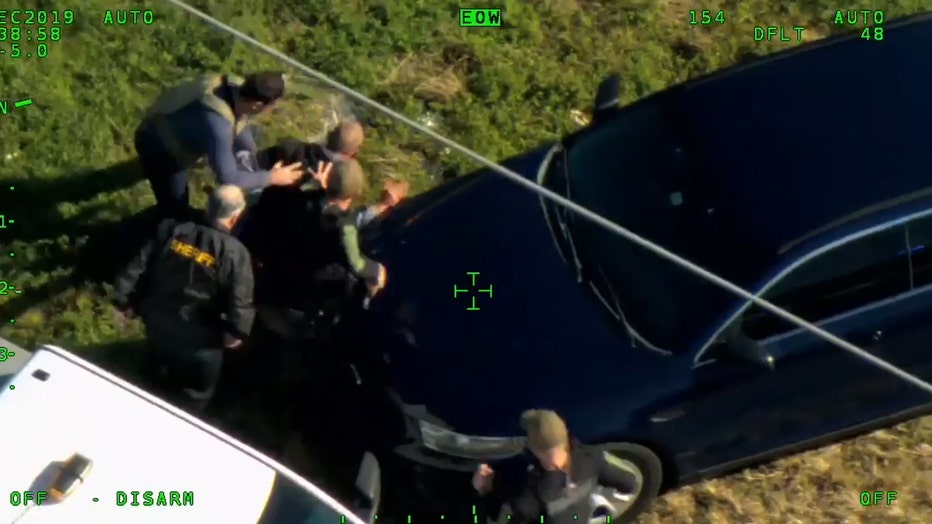