Flagler deputy helps save teen who threatened to jump off overpass

A Flagler County deputy came to the rescue of a teen who was threatening self-harm by saying she wanted to jump off a bridge over a highway on Father's Day.

FLAGLER COUNTY, Fla. - A Florida deputy saved a suicidal 17-year-old this Father's Day after negotiating with her for hours as she stared down an overpass, law enforcement said.

The Flagler County Sheriff's Office said that at 6 a.m. Sunday, dispatch received a call from a mother reporting that her daughter was threatening self-harm and left home. The teen reportedly stated "I can't do this anymore" before running down the street.

Deputies were notified that the teen was possibly heading to the overpass bridge of Palm Coast Parkway and Interstate 95 (I-95). When deputies arrived, they found her on the bridge, holding onto the outside railing and facing I-95 southbound. She was inching her way closer toward the highway so deputies shut down the road and rerouted traffic, officials said.

Florida deputies help save juvenile threatening to hurt herself

The Flagler County Sheriff's Office said that the incident happened on the Palm Coast Parkway and Interstate 95 bridge on Father's Day.

Multiple agencies reportedly went to the scene. Law enforcement was made aware that the teen does not like men, so they acted quickly to bring a female negotiation team to her rescue. Deputy Jenkins and Detective Roseanna Vinci negotiated with the teen, letting her know that she is there to help her and that when she was ready, she could let go of the rail to jump. 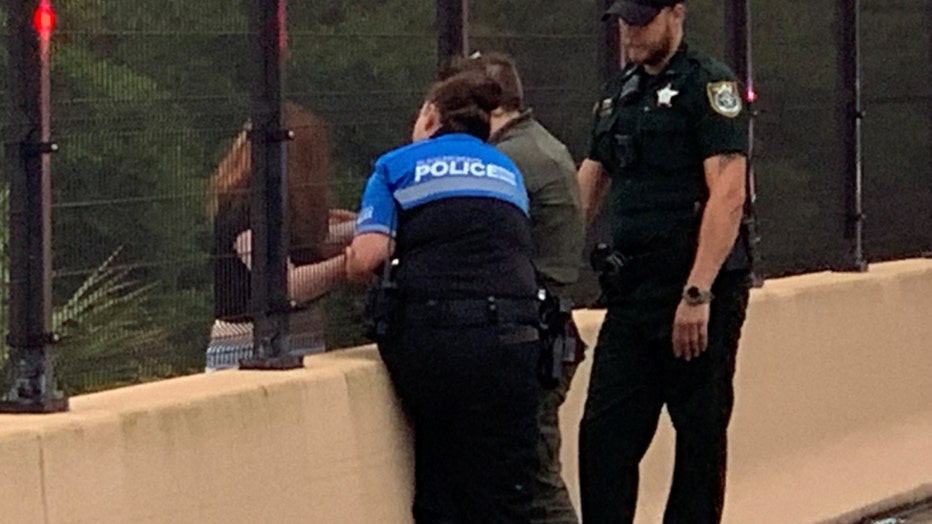 The sheriff's office said that Deputy Jenkins then grabbed the 17-year-old's hand before she could fall and secured her to the rail with handcuffs. The rescue team successfully rescued the teen by using a fire engine ladder. She was secured and brought to the ground, officials said. 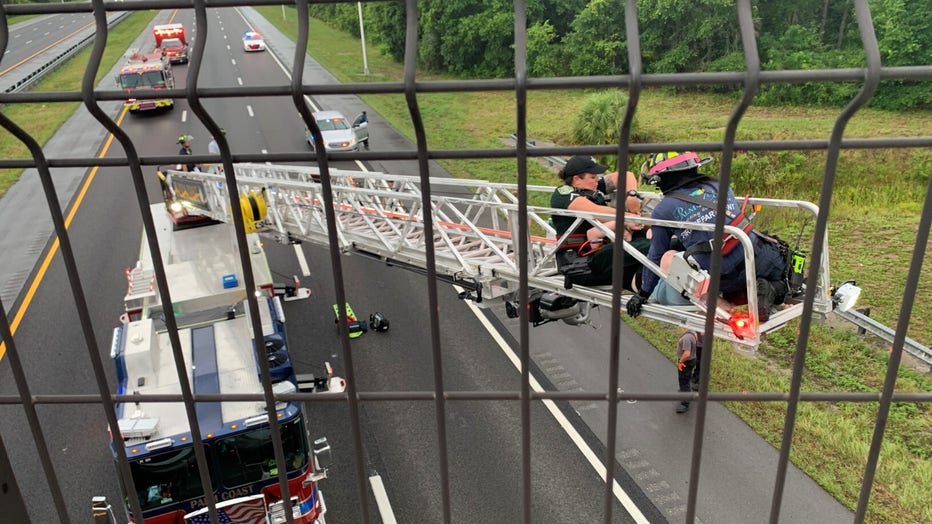 "This is an outstanding rescue by all agencies involved," Flagler County Sheriff Rick Staly said. "The quick response and combined efforts of FCSO deputies, Crisis Negotiations, Communications Center, Fire Rescue, and the deputies holding the juvenile’s hand saved a life today. Their training in de-escalation techniques and being able to talk to someone who’s threatening to take their life is remarkable. I commend all the men and women who stepped up for this child’s life today. Someone’s daughter was saved on Father’s Day, and I hope she receives the help she needs."

The Flagler County Sheriff's Office wants to remind people that there are numerous resources available for residents with mental health struggles. For more information, visit http://www.flaglerlifeline.org/local-mental-health-services/ or call 800-273-8255. You can also visit https://suicidepreventionlifeline.org/.