Road safety officials in Ohio released alarming traffic-camera video on Oct. 5 as an example of something drivers should definitely not do on the roads. (Credit: Ohio DoT via Storyful)

COLUMBUS, Ohio - Traffic cameras on an Ohio highway captured a driver who reversed into oncoming traffic because in an apparent bid to make a missed exit.

The Ohio Department of Transportation released video from Oct. 5 which shows a driver traveling on Interstate 270 in Columbus, Ohio.

The driver zoomed past an exit, and can then be seen pulling off to the shoulder of the highway before suddenly reversing into oncoming traffic.

Two cars manage to pass the driver as the vehicle continued reversing. Eventually, the driver reaches the exit they initially passed. 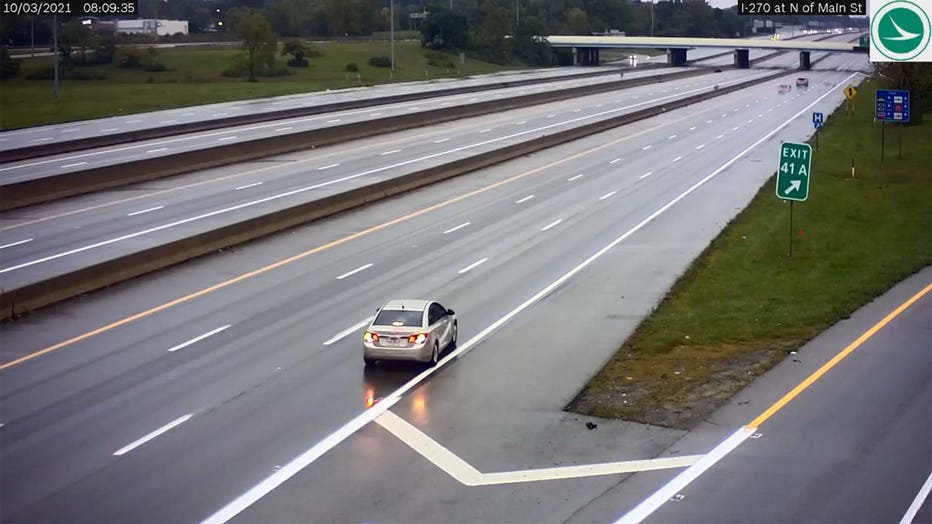 "Don’t be this driver. If you miss your exit, don’t worry… there are more ahead where you can safely loop back around," the state transportation department said in a Facebook post.