An anti-abortion activist was arrested after scaling the Salesforce Tower on Tuesday. Christien Kafton reports

SAN FRANCISCO - A man who describes himself in his social media profile as "Pro-Life Spiderman" was seen scaling the 60-floor Salesforce Tower in San Francisco on Tuesday morning, a wild scene captured on video by awe-struck onlookers.

Around 9:30 a.m., the sight of a man climbing Salesforce Tower riveted a crowd of onlookers. The climber himself, seemingly calm and collected, even posted videos to Instagram as he climbed.  He said, "It's going rad, It's all going good, I just wish I had a little water." Upon reaching the top of the approximately 1,000-foot-tall skyscraper around 11 a.m., he was taken into custody.

Officer Robert Rueca said that police were flagged down at 9:20 a.m. by people who spotted the climber on the city's tallest building.

The climber, identified as 22-year-old Maison DesChamps, posted on his Instagram story during the climb. He admitted that he was "kinda trippin.'"

Police closed nearby streets and sent medics to 415 Mission Street.

A man who describes himself in his social media profile as "Pro-Life Spiderman" was seen scaling the 60-floor Salesforce Tower in San Francisco on Tuesday morning.

The San Francisco Fire Department tweeted that the person "is placing firefighters lives and the [public's] safety at risk. AVOID THE AREA and join us in condemning this action."

By 11 a.m, DesChamps was taken into custody upon ascending to the roof, as officers were waiting for him at the top of the building. A police source told KTVU DesChamps told officers he wouldn't give them any trouble once he scaled the building, and the police department said he was arrested without incident after he climbed onto the rooftop. Officers said it was simply too dangerous to try to stop him as he climbed.

"So unless that person gets stuck, or asks to be rescued, it's generally best to monitor them take whatever actions we can to mitigate any risk and allow them to get to a place of safety," said San Francisco Police Officer Kathryn Winters.

Police arrested him for trespassing and resisting delaying or obstructing police. Both are misdemeanors.

A worker on the top floor of the Salesforce Tower snapped a picture of DesChamps as he peered in through a window.

While the crowd gathered below, workers inside Salesforce Tower shot video showing Des Champs with climbing gear making his ascent. "From what I've seen, he was climbing those poles that go up, so there are poles that are there all the way up, see through the windows he was climbing up those," said Antonio Partida.

The crowd, at first unaware of his political statements, was transfixed by the dangerous stunt. "Maybe an hour or so, I'd seen him down there, maybe 20 feet up," said Partida. "Now, he's up there. All the way up almost at the top. So, he's going pretty fast."

Others were not sure that he would be able to make it all the way to the rooftop. "It's more nerve-wracking for me than for him. Seems relaxed up there," said Erwin Garcia. "I'm over here worried about him. But, I mean, yeah, there's other ways to protest abortion or whatever you want." 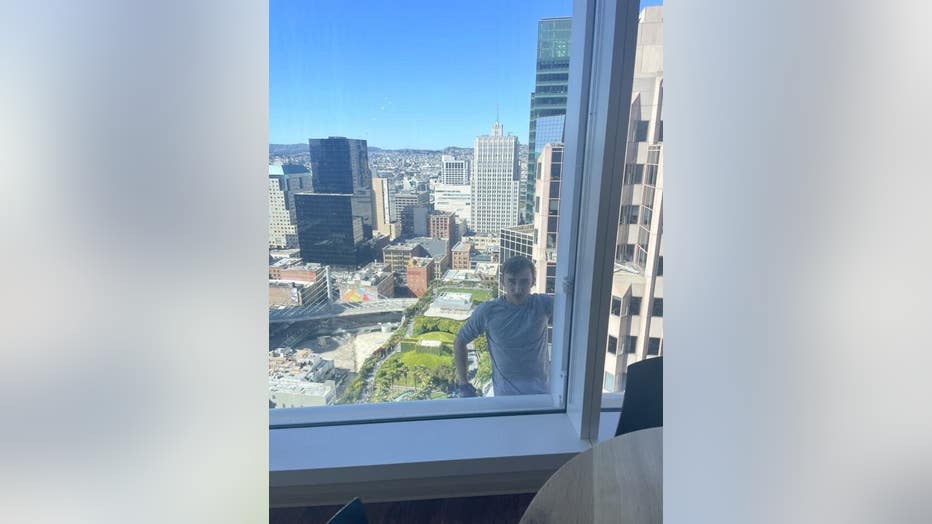 A worker on the top floor of the Salesforce Tower shared this picture of the climber who scaled the facade of the city's tallest building on May 3, 2022.

On social media, he had his share of supporters and detractors.

One woman noted how dangerous it was that he was scaling such a high building, but added she "LOVED his spirit."

Another woman wrote on Facebook with a sarcastic tone: "Well look at that, he had the CHOICE to climb the tower."

Though it wasn't possible to speak to DesChamps mid-ascent, it's highly likely that he would support the Supreme Court overturning the landmark 1973 Roe v. Wade case that legalized abortion nationwide, it would quickly split the country into states with abortion access and those that outlaw it.

He also posted a rant against Dr. Cesare Santangelo of Washington, D.C., who has performed abortions in the past and has been a target of many on the religious right. He was looking for financial support. "And you can donate and help us raise some money for charities that support women in pro-life."

On his website, DesChamps also said he climbed the Aria Hotel in Las Vegas last summer to protest COVID-19 mandates.

In California, Democrats who wield control of the state Legislature and the governor’s office issued a joint statement late Monday announcing they would seek to amend the state’s constitution to enshrine abortion rights.

The Supreme Court confirmed the leaked draft to Politico was an authentic document but said Tuesday "it does not represent a decision by the court or the final position of any member on the issues in the case."

Man scales to top of Salesforce Tower, gets arrested

A man who calls himself Pro-Life Spiderman on social media climbed to the top of the Salesforce Tower in San Francisco and was arrested by police. See footage of him completing his ascent as police take him into custody. 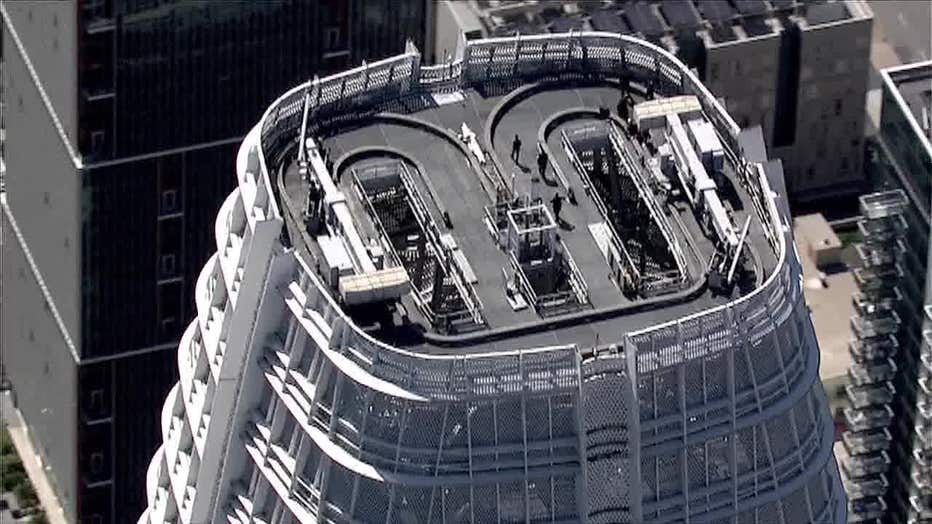 The Salesforce Tower climber was taken into custody at the top of the building. May 3, 2022 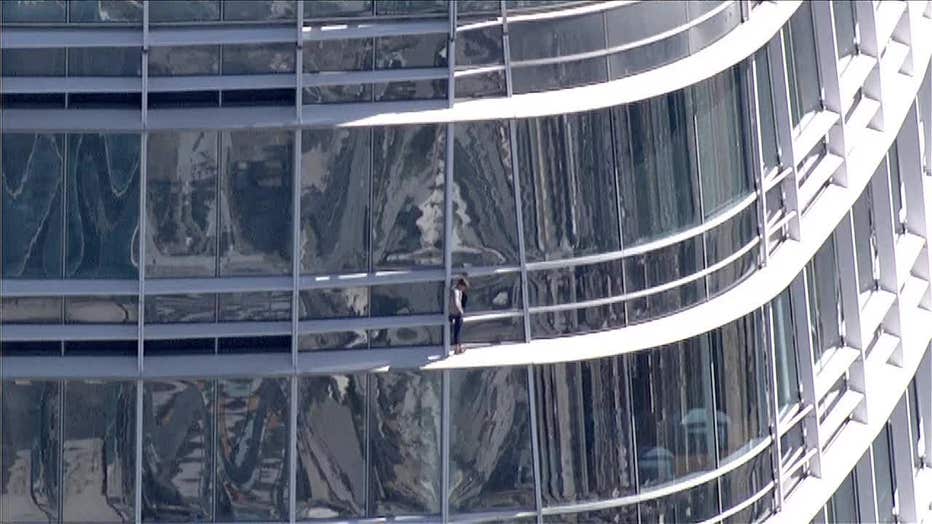 A man who describes himself in his social media profile as "Pro-Life Spiderman" was seen scaling the 60-floor Salesforce tower in San Francisco on Tuesday morning, a wild scene captured on video. May 3, 2022