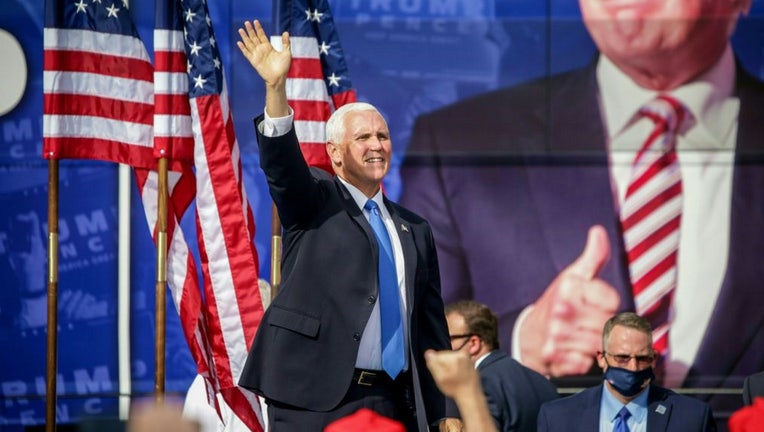 Vice President Mike Pence arrives to speak at a rally in The Villages, Florida on October 10, 2020. (Photo by ZAK BENNETT/AFP via Getty Images)

RELATED: Obama to campaign for Biden in Florida, one day after Trump's visit

Trump will hold rallies Friday in The Villages and Pensacola.