Look but don't touch! A Central Florida resident is warning others that the venomous puss caterpillars have made their return to the area.

A Central Florida resident is warning others that the venomous puss caterpillars have made their return to the area.

Joel Mathis told FOX 35 News he spotted a few of the furry little creatures in Clermont over the weekend.

Known as one of the most venomous caterpillars in the U.S., a 2014 report by National Geographic stated that this caterpillar’s fluffy-looking "hair" actually hides small, sharp spines that "stick in your skin." 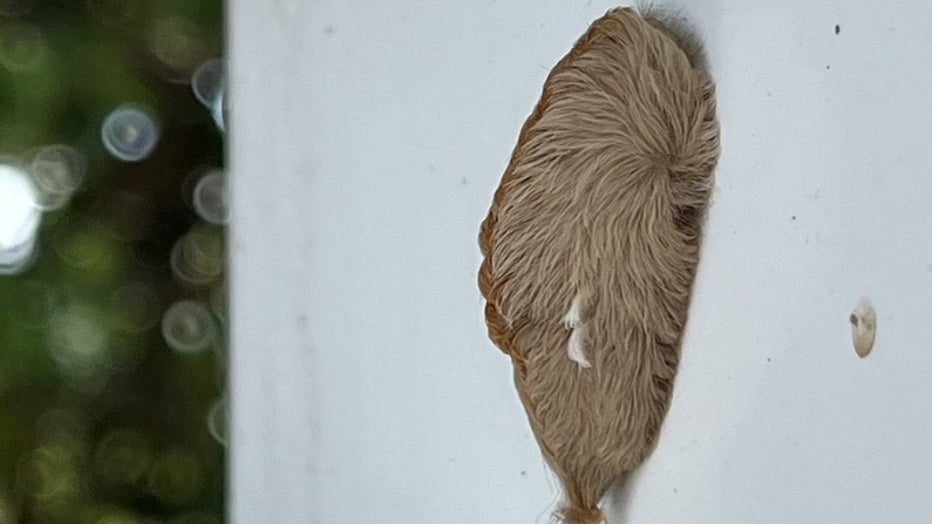 Experts say the sting of a puss caterpillar feels like a bee sting -- only worse.

FOX 35 News spoke with a Winter Park woman back in 2019 who said getting stung by one of these caterpillars is the worst pain "next to childbirth."

"It felt like the pain was jumping from one area… I just don’t wish it on nobody. It was the worst," she said.

"I’ve been stung too," one person commented on Facebook. "When it stings it pretty much attaches to you. I had to rip it off. The sting was super intense and lasted the better part of a week."

"It's not an instantaneous shock of a hornet or wasp, but it builds for a long time in a frightening way," David Wagner, an entomologist at the University of Connecticut, told USA TODAY. "No one expects stings to gain in impact or discomfort, and these will, even up to an hour later. It packs quite a wallop."

So what do you do if you get stung? Check out the steps health officials recommend HERE.