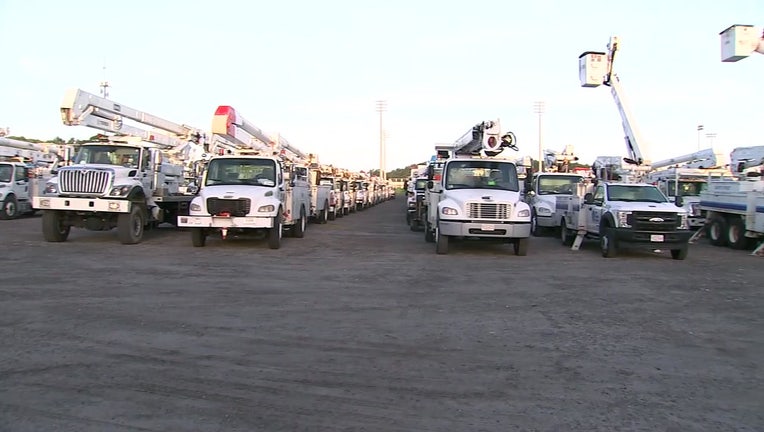 TALLAHASSEE, Fla. - Moving forward with a 2019 law that is expected to lead to more underground power lines, four major utilities have filed plans that call for billions of dollars in projects over the next decade to strengthen electric systems against hurricanes.

Florida Power & Light, Duke Energy Florida, Tampa Electric Co. and Gulf Power filed the plans Friday at the state Public Service Commission. The filings were an initial step as regulators review the plans and, ultimately, decide how costs will be passed along to utility customers.

The plans detail a series of steps that each utility would take to try to prevent massive power outages from hurricanes and other storms. But the highest-profile issue --- and the key to the 2019 law --- likely will be proposals to substantially increase the amount of power lines placed underground.

FPL’s newly filed plan, for example, calls for spending an estimated $510 million a year on underground power-line projects. Meanwhile, Tampa Electric wants to spend more than $100 million in most years, with a total of $976.8 million over the decade, according to its filing.

Duke said it expects to spend about $2.2 billion over 10 years on underground and overhead “lateral” power lines, which generally carry electricity into neighborhoods.

“The primary purpose of this (underground power line) activity is to eliminate tree and debris-related outages in the area of exposure by converting heavily vegetated neighborhoods that are prone to power outages from overhead to underground construction,” Duke’s filing said. “This will decrease outages, reduce momentary interruptions, improve major storm restoration time, improve customer satisfaction, and reduce costs.”

After the state got battered in recent years by storms such as Hurricane Irma and Hurricane Michael, the Legislature last year overwhelmingly passed the law to try to bolster the electric system. But the law has drawn scrutiny because it changed the way storm-protection projects are financed --- and likely will lead to increased costs for consumers.

Under the law, utilities will be able each year to seek approval from the commission to collect money from customers for storm-protection projects. In the past, such projects have generally been financed through base electric rates, which are set for a number of years and include a wide range of utility expenses.

The voluminous 10-year plans filed Friday were required by the law and include cost projections for various types of projects. But the Public Service Commission is expected later this year to consider separate filings related to how the utilities plan to pay for the projects.

FPL and Gulf, which are both part of NextEra Energy, said in the filings Friday that they do not expect their plans would affect customers’ bills in the first year and would lead to “minimal” bill increases in the second and third years.

The plans include continuing many types of projects that utilities have long worked on, such as inspecting power poles and trying to minimize the threats of trees and other vegetation to power lines. Gulf’s filing, for example, said its plan is “largely a continuation and expansion of its existing storm hardening and storm preparedness programs.”

“While Gulf’s initiatives have made significant progress toward strengthening Gulf’s infrastructure, Gulf must continue its (transmission and distribution) storm hardening and storm preparedness plans and initiatives,” the Pensacola-based utility said in its filing. “Storms remain a constant threat and Florida is the most hurricane-prone state in the nation. With the significant coastline exposure of Gulf’s system, and the fact that 50% of Gulf’s customers live within one mile of a coast or major body of water, a robust storm protection plan is critical to maintaining and improving grid resiliency and storm restoration as contemplated by the Legislature.”