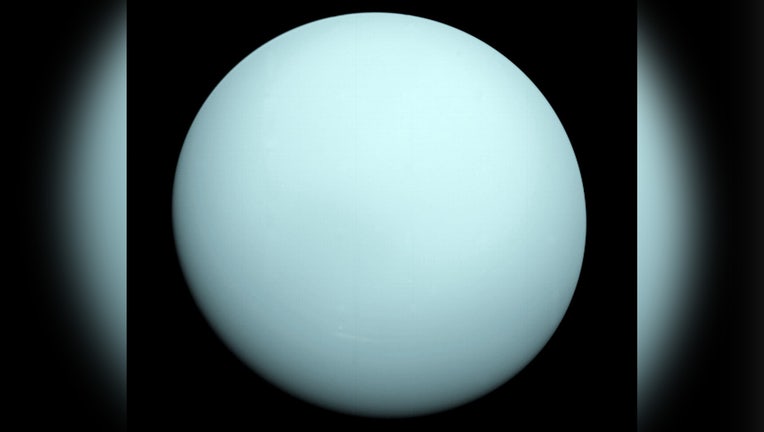 FILE- This is an image of the planet Uranus taken by the spacecraft Voyager 2. NASA's Voyager 2 spacecraft flew closely past distant Uranus, the seventh planet from the sun, in January 1986. (NASA/JPL)

Top scientists say we should prioritize a first-of-its-kind probe to Uranus and take a look for life on one of Saturn’s moons.

Every 10 years, representatives from fields like astrobiology and planetary sciences compile a report based on a survey which outlines the most important areas of research for their specific fields.

The recommendations from the decadal survey lay out scientific priorities and opportunities and make funding recommendations to maximize the advancement of planetary science, astrobiology, and planetary defense, according to a news release from The National Academies of Sciences, Engineering and Medicine.

Previously recommended missions have included the Mars Exploration Program as well as the Planetary Defense Program and many others.

"This report sets out an ambitious but practicable vision for advancing the frontiers of planetary science, astrobiology, and planetary defense in the next decade," said Robin Canup, assistant vice president of the Planetary Sciences Directorate at the Southwest Research Institute, and co-chair of the National Academies’ steering committee for the decadal survey. "This recommended portfolio of missions, high-priority research activities, and technology development will produce transformative advances in human knowledge and understanding about the origin and evolution of the solar system, and of life and the habitability of other bodies beyond Earth."

There are three different categories that determine how much and how high of a priority a mission will rank.

The small category includes the Discovery program that supports simpler, principal-investigator-led and relatively frequent missions, according to the survey.

At least five small-category missions are chosen each decade. 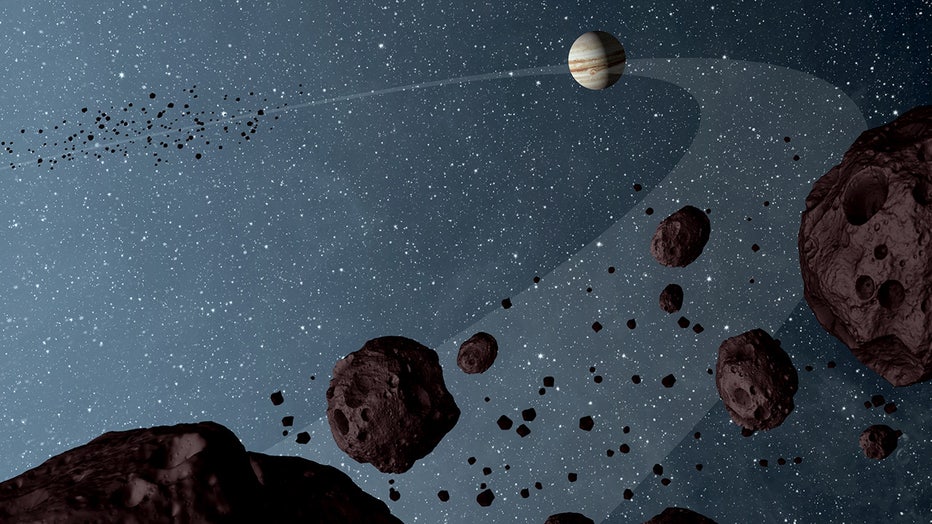 FILE - Launched in October 2021, NASA's Lucy mission is the first space mission to study the Trojan asteroids, leftover building blocks of the solar system’s outer planets orbiting the Sun at the distance of Jupiter. (NASA/JPL-Caltech)

The medium-class mission includes the New Frontiers programs and addresses broader and/or more technically challenging scientific questions, with higher costs and less frequent launches, according to the survey.

The survey prioritized the following eight missions in no particular order:

These larger missions are prioritized from 1 to 4, with 1 being the highest priority flagship mission.

Two of the newest missions that have top priority following the decadal survey include the Uranus Orbiter and Probe (UOP) and the Enceladus Orbilander missions.

The UOP aims to deliver a probe and conduct multi-year orbital tours around Uranus, which has never been visited by a dedicated probe.

"Uranus is one of the most intriguing bodies in the solar system. Its low internal energy, active atmospheric dynamics, and complex magnetic field all present major puzzles," the survey said.

Scientists hope to launch the probe sometime in 2031 and 2032 because, during these years, Jupiter’s gravity can assist with shortening cruise time.

The Enceladus Orbilander mission has been categorized as the second-highest priority, according to the survey. Scientists aim to send the Orbilander to Saturn’s moon, Enceladus, to search for evidence of life.

The Orbilander will not only orbit the moon but will also land to collect and observe data from plume material originating from Enceladus’ interior ocean.

Planetary defense is still a priority 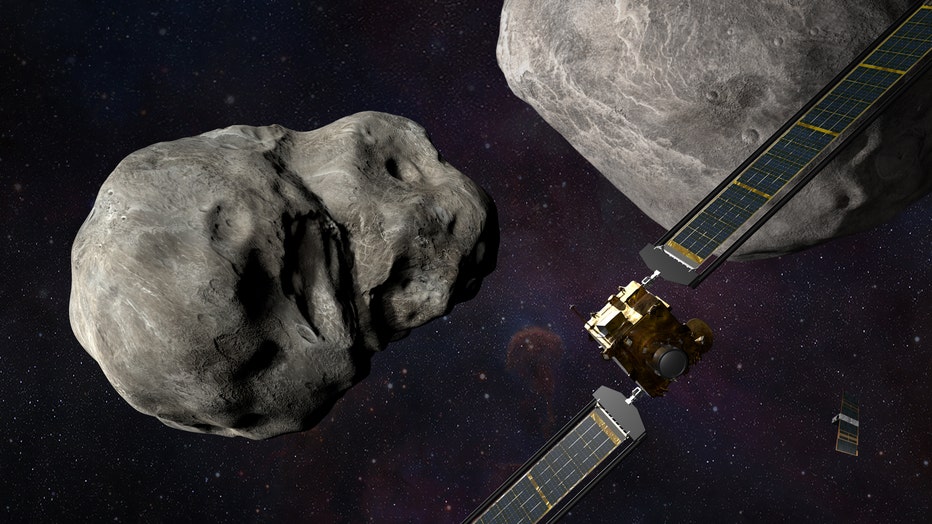 FILE - This illustration is of the DART spacecraft and the Italian Space Agency’s (ASI) LICIACube prior to impact at the Didymos binary system. (NASA/Johns Hopkins, APL/Steve Gribben)

The report also continues to emphasize the importance of planetary defense to protect Earth from outside threats.

"The report’s recommendations focus on enhancing near-Earth object (NEO) detection, tracking, and characterization capabilities; improving NEO modeling, prediction, and information integration; and developing technologies for NEO deflection and disruption missions," according to a news release based on the report.

In addition to the NEO Surveyor and Double Asteroid Redirection Test (DART), the highest priority planetary defense demonstration mission should be a rapid-response, flyby reconnaissance mission targeted at "a challenging NEO of 50 to 100 meters in diameter — which is representative of the population of objects posing the highest probability of a destructive Earth impact," the report added.

The newest report centers around three scientific themes: Origins, worlds and processes, and life and habitability.

Within these three themes, there are a total of 12 scientific priority questions that will help guide future mission goals.

Some of the questions address the origin of Earth and other inner solar system planets and celestial bodies, where in the solar system has the most potential to support and where we should go to look for past or present lifeforms.

"While scientific understanding is the primary motivation for what our community does, we must also work to boldly address issues concerning our community’s most important resource — the people who propel its planetary science and exploration missions," said Philip Christensen, Regents Professor in the School of Earth and Space Exploration at Arizona State University, and steering committee co-chair. "Ensuring broad access and participation in the field is essential to maximizing scientific excellence and safeguarding the nation’s continued leadership in space exploration."

Read all 12 questions and the report in detail, download it for free by clicking here.