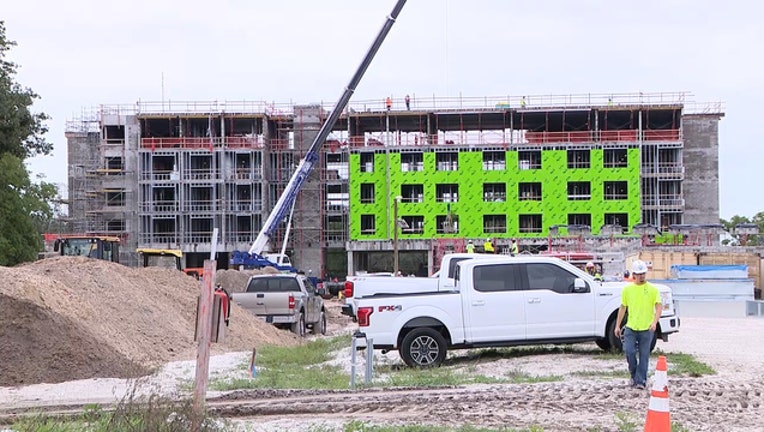 ORLANDO, Fla. (FOX 35 ORLANDO) - The first on-campus hotel at the University of Central Florida is another step closer to opening its doors.

The five-story Celeste Hotel is going up right near the main gate of campus. It’s  A $48 million project that will have 179 rooms and  more than 10,000-square feet of conference and event space.

“In this east side of Orlando we feel there's a tremendous demand for an upscale hotel, and currently that demand isn't being met,” said developer Dennis Biggs.

Development Ventures Group is banking on the hotel being a good site for visiting parents, alumni, conferences  and more.

“Whether it be traveling professors or dignitaries to be able to come here on campus and stay while they're here and celebrate the university,” Biggs said.

It’s a private project – but the company will lease the land from UCF. Developers say there’s nothing like it around.

“We think east Orlando is just on a continues growth path,” Biggs said.

On Wednesday the construction company held a ceremonial “topping off” ceremony. placing a tree and flag at the top of the building, celebrating the completion of the first phase of construction.

The hotel is set to open next year.